Overtime not as kind Saturday in Rams' loss
Advertisement 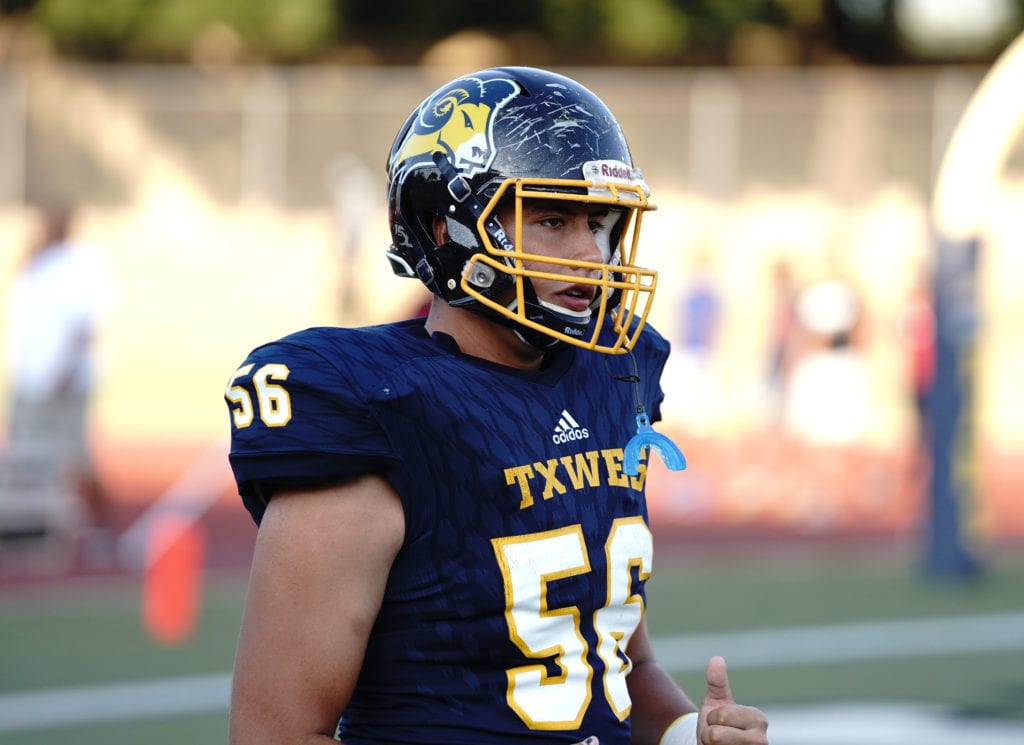 Overtime not as kind Saturday in Rams’ loss

In the second overtime, after both teams came up empty in the first OT, OPSU fumbled at the goal line on a quarterback sneak, attempting to take the lead. One official appeared to indicate a touchback before the call was changed to a touchdown to put the Aggies up six. Still, the extra point was no good (hit left post) and TXWES had a chance to win the game with a touchdown of their own plus the tack-on. On second down, Brandon Rolfe nearly hauled in the pass near the pylon from Avery Childs – fit into a tight window – but the pass was broken up. Two more incompletions ended the opportunity to win a second consecutive game for the first time since the football program’s return.

The Rams running game got TXWES back in it, a trick play got spirits up. Down 14-0 just under 11:34 to play in the second quarter, Texas Wesleyan’s Keaton Huebner flipped back to receiver Collier Ricks who through to Rolfe deep for a 33-yard gain. Huebner took a keeper 17 yards before Jones punched in the first points of the day for the blue and yellow from one yard out. Before the drive, the Rams had just 12 rushing yards.

Texas Wesleyan finished with 114 on the ground, getting two more touchdowns from Jermarcus Jones, who finished with 56 yards on 12 carries. David Allen had 34 yards on nine carries while Huebner ran 10 times for 43 yards.

While the running game got the Rams back in it, another miraculous catch forced overtime. With under seven minutes to play, the Aggies Jaishone Brown reached up to catch a high pass in the back of the end zone, tapping his toes just inside the white. The score ended a 28-7 run for TXWES.

Avery Childs, who once again was the team’s primary passer, threw for 245 yards a touchdown and an interception. The pick came in the first overtime as Childs threw one up for grabs in the back of the end zone on 4th and 11. The signal caller on the other side, Tony Brown, burned the Rams with his legs, carrying the rock 35 times for 155 yards and three scores. Brown also threw for 84 yards and two touchdowns.

“We played hard, but made too many mistakes with turnovers and penalties,” said Head Coach Joe Prud’homme. “There were opportunities to put it out of reach and we never did.”

Dylan Pettway led the Rams defense with 11 total tackles, 2.5 for a loss, with 1.5 sacks and the team’s lone interception. Shawn Benson earned three sacks, Cody Pettit had one and Mark Seidler combined with Pettway on the half sack. The Rams came into the contest a top 20 team in sacks in the NAIA but with six more, the 23 sacks now ranks third in the nation. Only unbeaten Kansas Wesleyan and 4-1 St. Francis out of Indiana have more sacks in 2019. Panhandle State has now been sacked more times than any team in the country, giving up 33.

Texas Wesleyan will come back home to face Texas College Saturday October 19 at 2 p.m. Homecoming festivities begin this week. The Steers have given up 20 sacks, 17th worst in the NAIA and have started their 2019 campaign 0-5, continuing the loosing streak in a 76-21 loss to Ottawa-Arizona on Saturday.