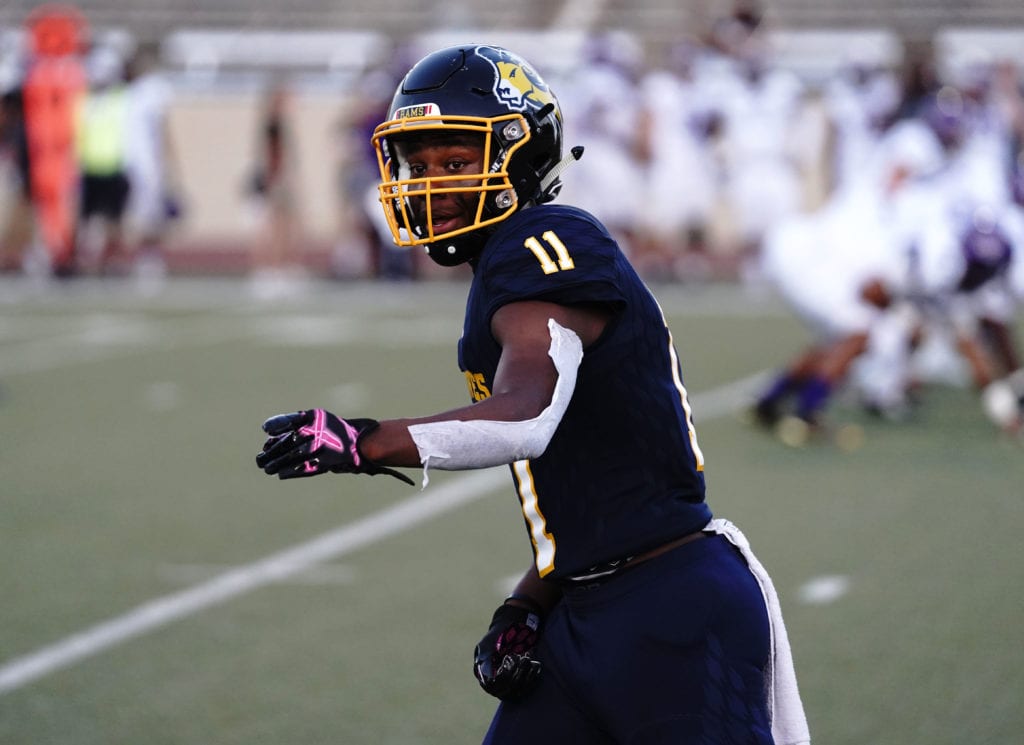 Brandon Rolfe turned in one of the finest receiving days in Texas Wesleyan history by making six grabs for 192 yards, both career highs, and a touchdown Saturday in Goodwell, Okla. Rolfe scored on a 60-yard touchdown reception to cut the Rams’ deficit to 21-14 late in the first half for his longest catch of the year. Rolfe had his second 100-yard receiving day of the year and fourth of his career.

He has 16 catches for 369 yards and four touchdowns in 2019. Rolfe ranks sixth in the league in receiving yards.

Rolfe is just 27 yards away from his freshman year receiving total, with four games remaining in the regular season.

The Lewisville native produced an outstanding performance, stepping up while fellow wide out Le’Mant Monroe battles injury. Monroe is the only player with more receiving yards in a single game than Rolfe’s 192 this past week. Monroe posted a 220-yard performance last year at Wayland Baptist.

The team will take on Texas College on Saturday, October 19, a part of Texas Wesleyan homecoming weekend. Kick-off is set for 2:00 p.m. at Farrington Field.


Take a look at this year’s SAC football schedule and scores here.

Overtime not as kind Saturday in Rams’ loss