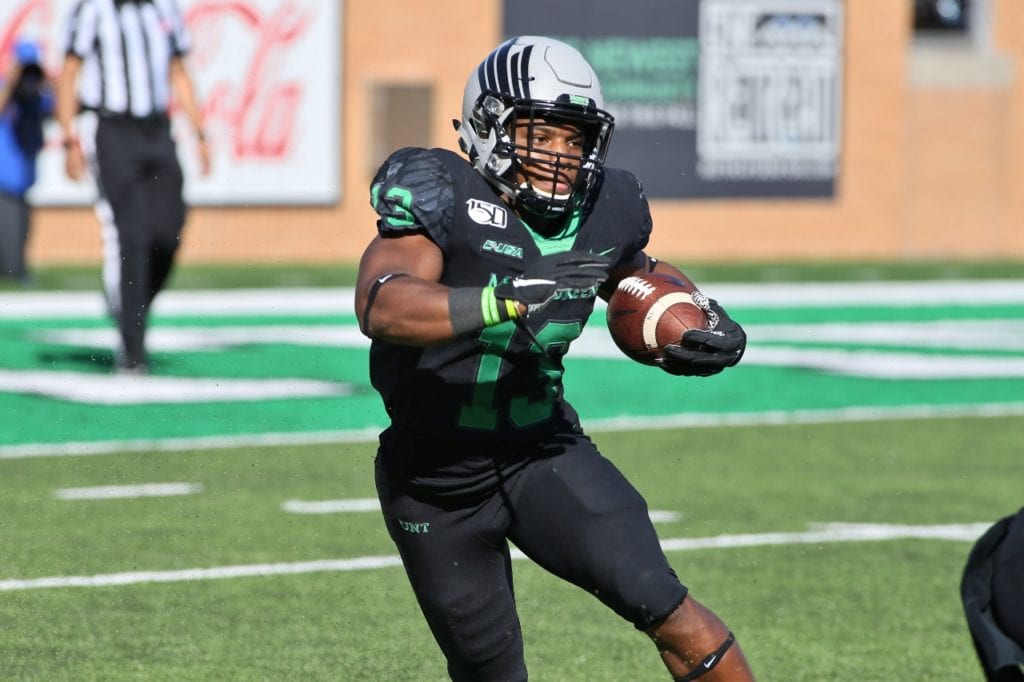 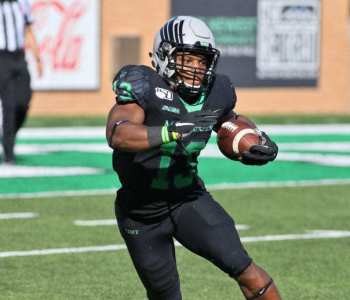 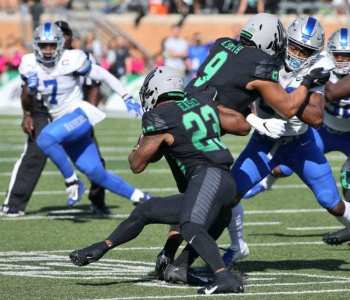 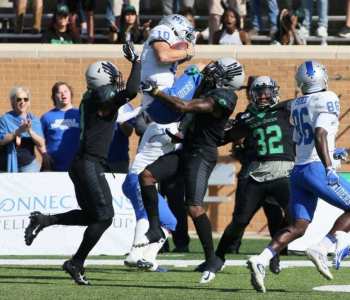 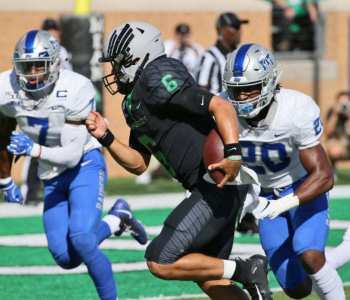 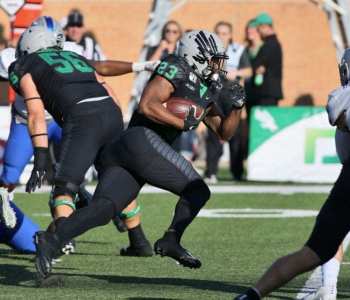 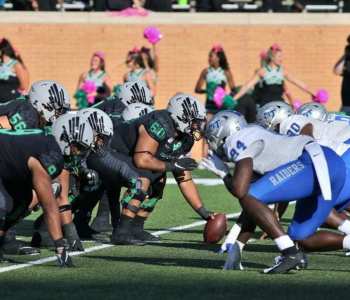 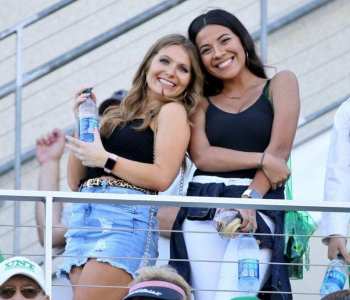 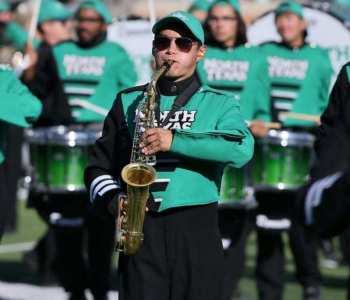 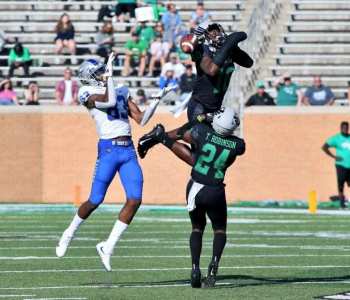 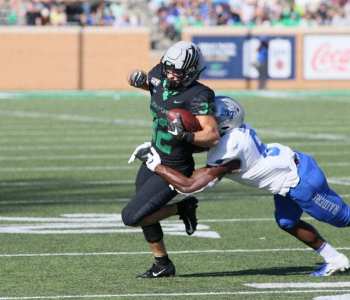 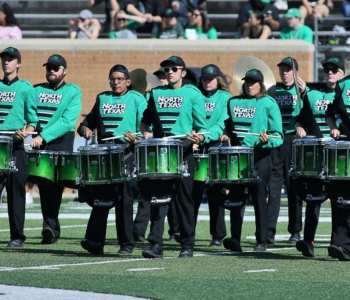 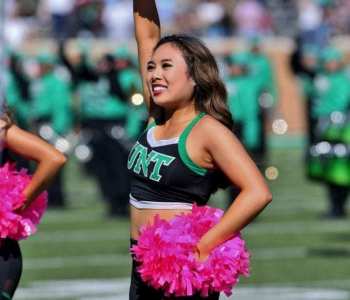 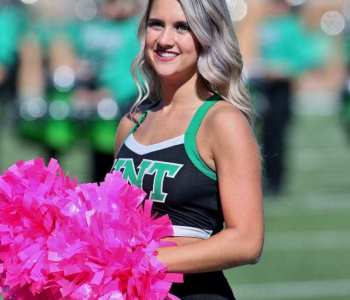 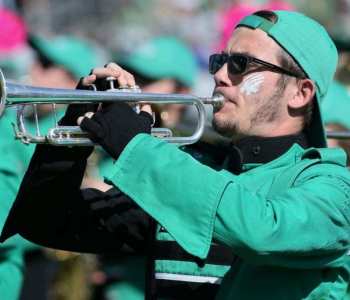 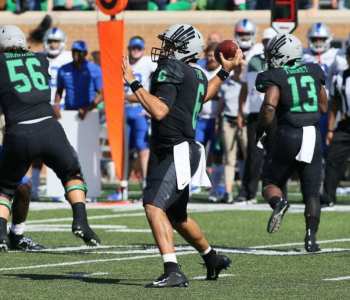 DENTON – Since Seth Littrell‘s arrival in Denton four years ago, the Mean Green have won several games on the heels of a high-octane offense.

On Saturday, the Mean Green relied on a different formula in a 33-30 win over Middle Tennessee at Apogee Stadium. While the offense struggled at times, the defense made key stops. When both units struggled, the special teams made big plays.

In the end, Ethan Mooney kicked a 22-yard, game-winning field goal as time expired after a 28-yard Mason Fine-to-Jaelon Darden connection gave North Texas the ball at the Blue Raiders’ 7 with four seconds to play.

“It was such a team win,” Littrell said. “You’re not gonna score on every drive. They have great players, as well. If you try to play perfect, it’s tough sledding. All three sides have to step up together. If one side’s not in a rhythm, another side has to keep it rolling. We played off each other tonight.”

The UNT defense allowed 433 yards, but limited Middle Tennessee to 19 in the third quarter, while holding the Blue Raiders to 5-of-17 on third-down conversion attempts in the game and forcing field goals on three separate red zone appearances.

The Mean Green special teams unit accounted for four field goals and a blocked punt return for a touchdown by Dominique Harrison, but perhaps no play was bigger than Deion Hair-Griffin’s 50-yard kickoff return to give North Texas the ball at the Blue Raiders’ 44-yard line with 20 seconds left after Middle Tennessee had tied the game and seemingly forced overtime.

“That was two teams with their backs against the wall, and it was a competitive game. The way both teams played – we were trying to find a way to win,” Littrell said. “I’m extremely proud of them. It was a total team win. It was far from perfect. We have a lot of things to work on, but I’m most proud of how different sides of the ball had to step up. Deion stepped in for (running back) Deandre (Torrey) when he went down (with an injury) and got us a big return. I’d have to say that was the biggest play of the game in that situation.”

After the long return, Fine went 2-for-2 on the final drive, including the long pass to Darden, who had a career-high 13 catches for 125 yards and a touchdown – his seventh of the year.

It wasn’t quite as dramatic as “The Drive,” which went 98 yards in the final minute to beat UT San Antonio in 2017, but it still took a lot going right. Before he went on the field, Fine was confident.

“I told my guys they gave us too much time,” Fine said. “I knew we could go down and score. We got help from special teams, with Deion putting us in a good position. It was a great team win on all three sides of the ball. It was very emotional. We’ve had so much adversity, even in that game – to be able to overcome it and come together as a family and win was so big.”


With the win, North Texas now leads the all-time series with Middle Tennessee 9-7.

North Texas is now 17-5 at home in the Seth Littrell era.

Fine’s 16-yard touchdown pass to Jaelon Darden with 8:16 to play tied Fine with Mitch Maher (1991-94) for the program’s all-time lead in career touchdowns responsible for with 85.

Fine’s 3-yard touchdown run with 10:27 left in the first quarter gave UNT a 7-0 lead, and it was his first rushing touchdown of the season.

The game marked the 16th time in Fine’s career he’s eclipsed the 300-yard mark – the most in program history.

Grad transfer DB Dominique Harrison (Houston) returned a blocked punt 20 yards for a touchdown to give North Texas a 17-13 lead with 3:42 left in the first half. The punt, blocked by freshman DB DeShawn Gaddie (Arlington, Texas), was the first for UNT since Rico Bussey, Jr., blocked a punt against Old Dominion on Nov. 10, 2018.

The blocked punt return TD was the first for UNT since Evan Johnson’s against Old Dominion on Oct. 28, 2017.

Junior WR Jaelon Darden (Houston) had 13 catches on the day for 125 yards and a touchdown.

His 16-yard touchdown reception with 8:16 remaining was his seventh of the year and broke his previous career high for single-game receptions (10).

Sophomore kicker Ethan Mooney (Fort Worth) went 4-for-4 on field goals, including the 22-yard game winner as time expired.

Redshirt junior Deion Hair-Griffin (Fort Worth) returned a kickoff 50 yards to the Middle Tennessee 44-yard line with 20 seconds left after the Blue Raiders had tied the game at 30.

His second grab – in the fourth quarter – went for 25 yards and was a career-long.

Sophomore LB KD Davis (Ennis, Texas) finished with 10 tackles to extend his team-leading figure to 64 stops on the year.