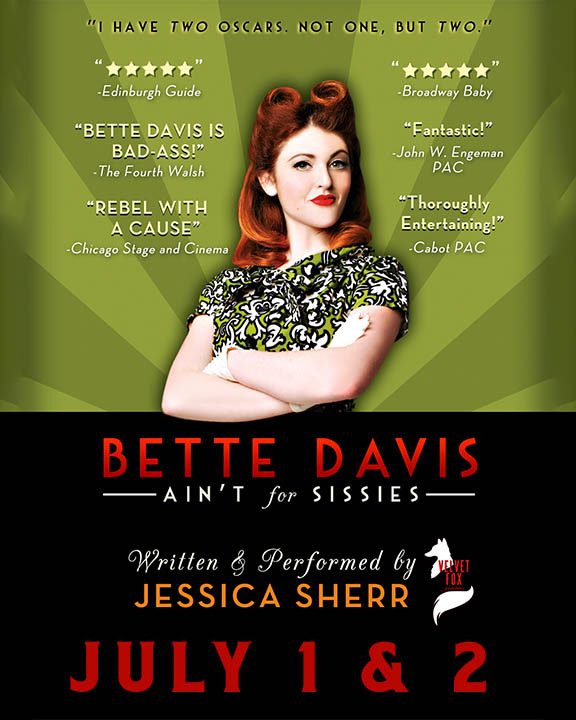 Actress and playwright, Jessica Sherr, powerfully channels Bette Davis’ fight against the male-dominated studio system. On the night of the 1939 Oscars, Bette Davis returns home knowing she’s to lose Best Actress to Vivien Leigh’s Scarlett O’Hara, because the press has leaked the winners. Miss Davis takes us on the bumpy ride of her tumultuous rise, as the tenacious actress fights her way through the studio system to the top. Witness Bette triumph over misogyny to win roles and compensation on par with her male counterparts.