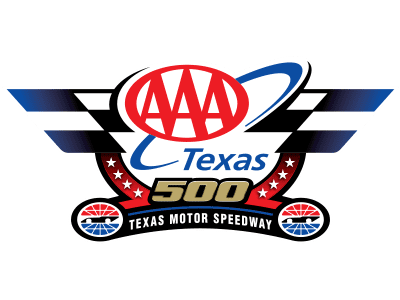 Caitlin McGee star of NBC’s Bluff City Law has been named the Grand Marshal of the Nov. 3 Monster Energy NASCAR Cup Series AAA Texas 500 at Texas Motor Speedway.
The Boston native will give the traditional command of “Drivers, start your engines!” prior to the green flag of the second race of the Round of 8 in the 2019 Monster Energy NASCAR Cup Series Playoffs.
McGee costars with Jimmy Smits in the NBC legal drama set in Memphis, Tenn., playing Sydney Strait, a brilliant lawyer who begins working at her father’s (Smits) law firm as they try to repair their tumultuous relationship while fighting injustices.
“I’m super excited to take part in the AAA Texas 500! As the drivers compete for the championship I am beyond thrilled to say the most famous words in motorsports at a NASCAR Playoffs race to get them started. Getting the opportunity to see this exhilarating sport live will be such an amazing experience!” said McGee.
McGee’s credits include the ABC hit series Grey’s Anatomy and Chicago Med and can also be currently seen in Amazon Prime’s Modern Love. She is a graduate of Wagner College (New York City) with a Bachelor’s Degree in Theater Performance and Speech.
The 2019 AAA Texas 500 NASCAR weekend kicks off with two nights on the Texas Motor Speedway Dirt Track with the Tony Stewart Presents The Vankor Texas Sprint Car Nationals, Oct. 31-Nov. 1.
The schedule for Saturday, Nov. 2, will kick off with the Salute to Veterans Qualifying Day Fueled by Texas Lotter for the Monster Energy NASCAR Cup Series and NASCAR Xfinity Series followed by the NASCAR Xfinity Series O’Reilly Auto Parts 300 playoff race place under the lights. The AAA Texas 500, the eighth race in the Monster Energy NASCAR Cup Series Playoffs, is Sunday Nov. 3. The race will air live on NBCSN at 3pm EST.
For season ticket or race information, please visit texasmotorspeedway.com or call the speedway ticket office at 817.215.8500.
With an adult ticket purchase, accompanying tickets for children 12-and-under are $10 for the AAA Texas 500 and free for the O’Reilly Auto Parts 300 playoff race.
Newsletter Signup