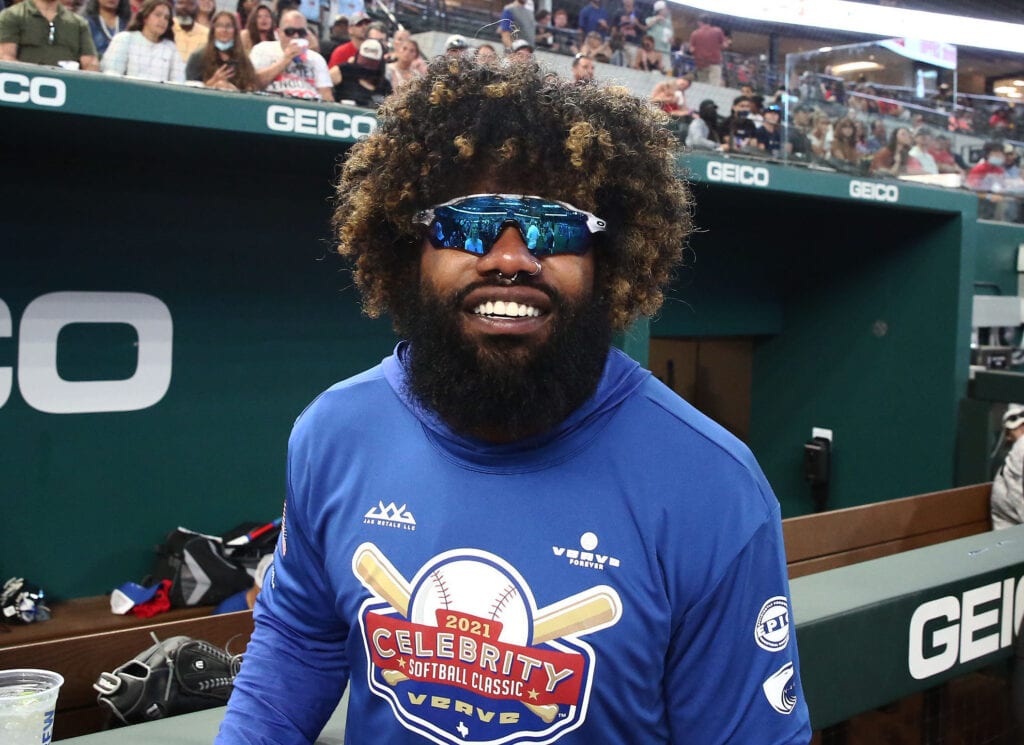 The 2021 Celebrity Softball Classic took place inside Globe Life Field in Arlington on Saturday evening. Key word being “INSIDE” with the roof closed and the air conditioning running on a day when the heat index hovered in the sizzling 105 degree neighborhood in the DFW area.

The event benefited Folds of Honor and Vets for Child Rescue and brought out a big crowd to the home stadium of the Texas Rangers that was the site of the Los Angeles Dodgers World Series triumph and is located next to Texas LIVE! and AT&T Stadium, home of the Dallas Cowboys.

“This annual game is something I always lend my name and time to, since it goes back to something near and dear to my heart….military charities,” Laflin said. “I was thrilled that my two good friends (Michael and Zeke) accepted my invitation and wanted to support these causes as well. Plus having the game this year at Globe Life Field was absolutely amazing! Playing on this practically new and beautified field while under the bright lights, where the Rangers play, with the “Natural” song playing over  the speakers, while I touched home base was surreal. Like I always say everything is bigger and better in Texas”

Excited to get my glove on and do some work. And got my boys here for the Texas Celeb Softball Game at @GlobeLifeField 😎⚾️ @michaelirvin88 @EzekielElliott pic.twitter.com/azus9djeB5

Laflin scored the first run of the game for the winning Blue Tea, but the big winners of the evening were the charities and the fans that came out to support the game and were treated to a great night.

Irvin got the crowd on their feet when he took the microphone following an interview and screamed “Let’s go Cowboys!!! This is our year!!!”

The first game of the day was a celebrity veteran coed game made up of America’s finest veteran influencers who have had amazing military careers as well as amazing accomplishments in the civilian sector as actors, musical artists, authors, philanthropy, health and wellness and much more.

The second game of the day consisted of a coed celebrity softball game that included professional athletes, musicians, actors from film/television, reality television and much more.

Prior to the second game, 96 year old Don Graves, World War II Iwo Jima Veteran, sang the National Anthem and in one the evening’s many cool moments, told everyone in attendance that they’d be on notice if they did not sing along with him. 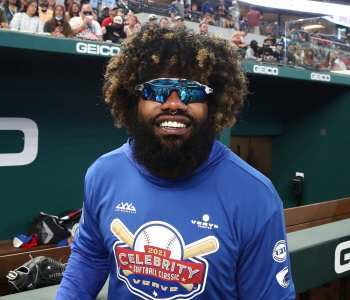 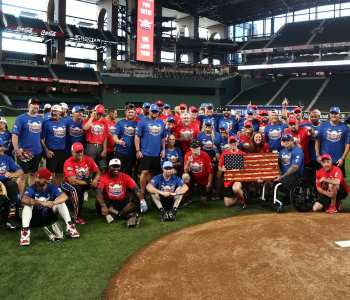 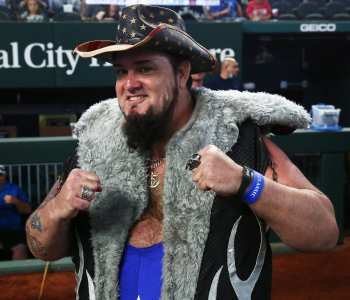 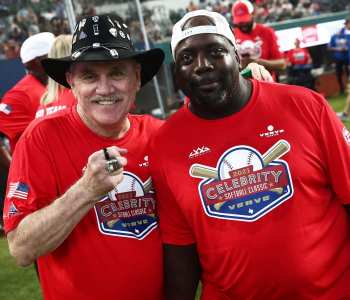 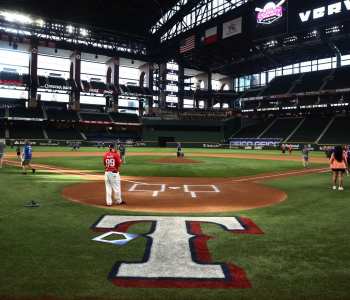 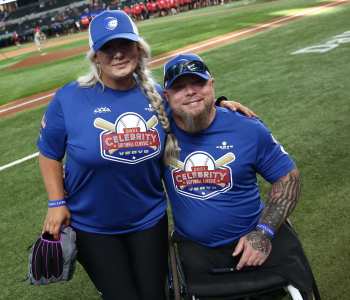 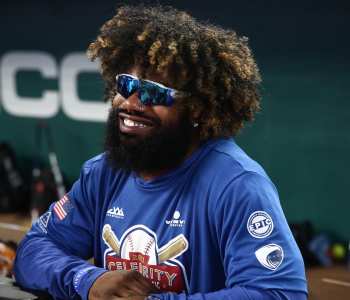 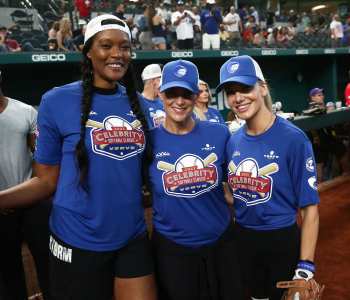 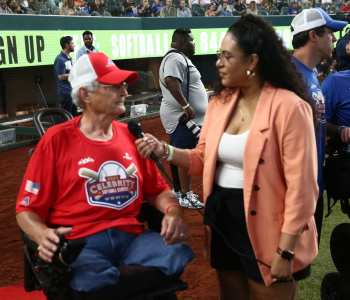 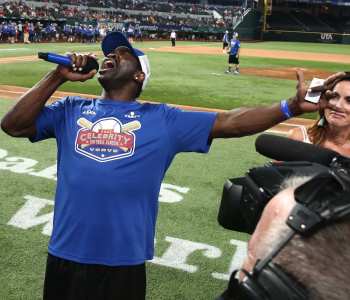 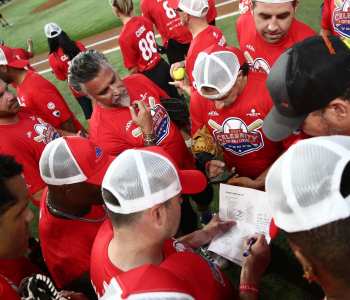 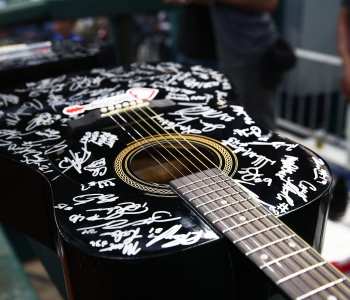 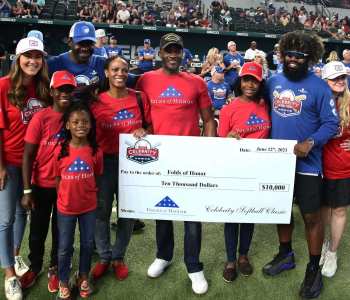 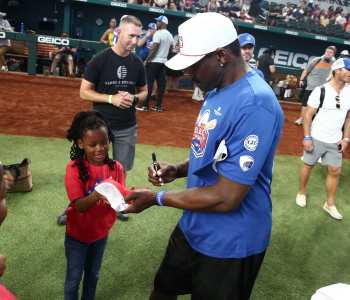 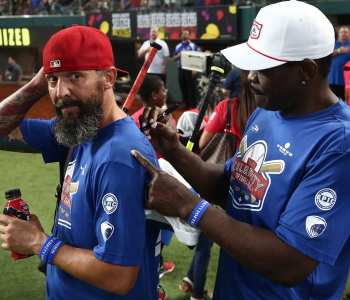 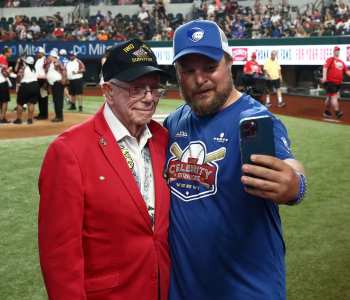 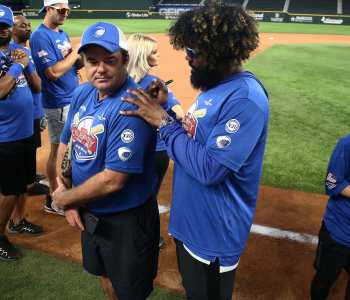 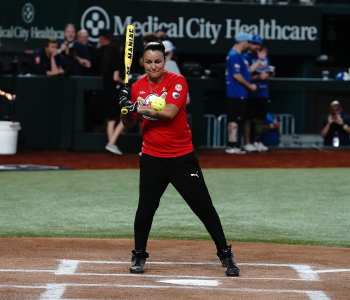 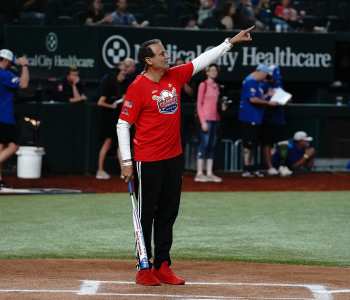 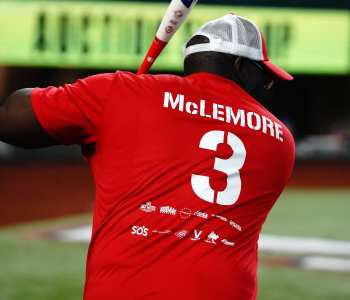 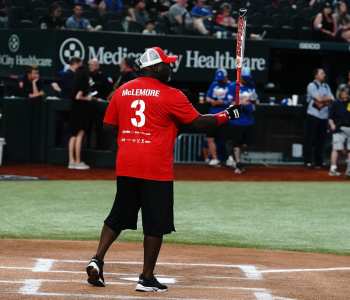 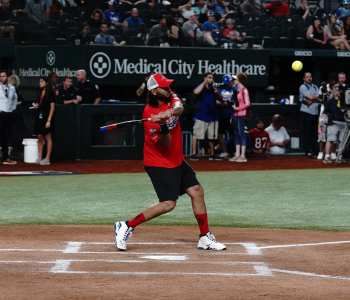 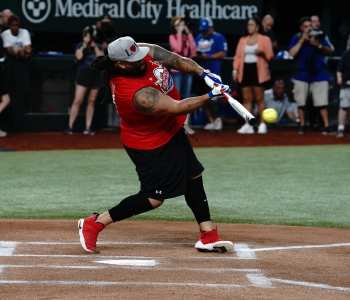