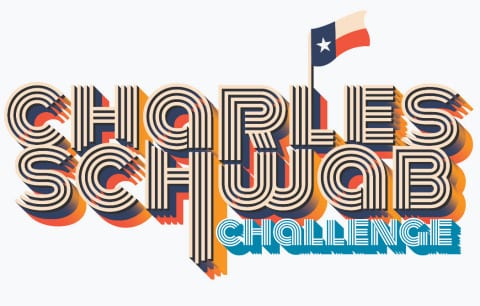 Charles Schwab Challenge Set to Make its Mark at Colonial

FORT WORTH, Texas — With less than one month to go until the start of the 2019 Charles Schwab Challenge, the tournament and Schwab are announcing a series of new initiatives that will pay homage to the tradition of this event and legacy of golf legend, Ben Hogan — while building a bridge to its future as one of the most modern and engaging events on the PGA TOUR.
In its first year as title sponsor, Charles Schwab and the tournament will introduce new programming that celebrates the players, golf fans and the Dallas-Fort Worth community.
The one-of-a-kind elements — from a fully renovated and customized 1973 Dodge® Challenger that will be awarded to the winner, to a new Throwback Thursday-themed first round and a state-of-the-art fan engagement zone — will bring the event’s challenger spirit to life over Memorial Day Weekend.
“We are honored to play a part in the tradition of this historic tournament in Fort Worth and its longstanding support from the Metroplex community,” said Andy Gill, Charles Schwab’s Chief Marketing Officer. “We see so many parallels between this tournament’s history of competition and philanthropy and our own firm’s legacy and commitment to the State of Texas. That’s why we wanted to help bring a refreshing new approach to the event that we hope will carry through for years of value for the game and the community.”
Going Retro with Throwback Thursday – 73% off for fans
This year, The Charles Schwab Challenge will introduce a Throwback Thursday promotion – a true first for the game of golf. During the tournament’s first round on Thursday, May 23, PGA TOUR players are invited to wear throwback apparel designed to celebrate the classic golf styles of 1973 – the year Charles Schwab was founded. Volunteers and fans are also invited to get in on the action and wear their own throwback apparel as they cheer on the game’s stars. Fans dressed in throwback gear will unlock a fanfriendly 73 percent discount on food and non-alcoholic drinks at the Colonial’s concession stands that day. To further embrace the spirit of Throwback Thursday, fans who make a charitable donation to The First Tee of Fort Worth – a youth development organization introducing the game of golf and its inherent values to young people – will also receive a commemorative Ben Hogan bobblehead, while supplies last.
Bringing Fans Inside The 5: Schwab Performance Center

A state-of-the-art fan engagement zone, “The 5: Schwab Performance Center,” will focus on the five modern fundamentals of both golf and investing, paying homage to tournament legend Ben Hogan’s ground-breaking approach to the game and Schwab’s modern approach to investing and retirement. The 5,000 square foot site includes a holistic, interactive training center that will allow fans the opportunity to get their golf swing analyzed and receive a custom golf lesson from GolfTEC teaching pros. Three simulators will also give fans the opportunity to compete each day in a closest to the pin challenge on the famous 13th hole and hit drives off the 18th tee at Colonial. Fans with tickets to the Charles Schwab Challenge can visit the Schwab Performance Center from May 23-26.
An Immersive Digital Golf Experience

Schwab is helping give fans an inside look at the challenging course at Colonial with help of four experienced PGA TOUR caddies, including Damon Green, Brennan Little, DJ Nelson and James Edmondson. Through a series of digital videos that are available on SchwabGolf.com, the firm is spotlighting all 18 holes at Colonial and what it takes to help prepare the game’s greatest players for this iconic tournament. Each video features a different caddie sharing his specific insight on how to play each hole and serves to illustrate Schwab’s longstanding belief that taking ownership of your future – or in this case, the golf course – starts with the things that you do today. Schwab has also launched a digital content series called “The Challengers,” which highlights several icons in the sport of golf that are challenging the status quo in their own fields – including Hall of Famer and entrepreneur Greg Norman; golf course architect David McLay Kidd; golf course developer and founder of Bandon Dunes, Mike Keiser; former professional golfer and current men’s head golf coach at the University of Oregon, Casey Martin; and coming in June golf course architect Bill Coore.
Driving Off with a New Champion’s Prize
As previously announced, a fully renovated and customized 1973 Dodge® Challenger will be awarded to the winning player of the Charles Schwab Challenge. A complement to the iconic Leonard Trophy that has been awarded at Colonial since 1950 and the Scottish royal tartan plaid jacket (since 1952), the Challenger prize is a first for the tournament and is designed to celebrate the year Schwab was founded, the challenging nature of the course at Colonial and the challenging spirit of the event and its players. The car will be on special display at the 10th tee during the tournament, until it is awarded to the player who will have his name etched on the Wall of Champions for 2019 at Colonial Country Club in Ft. Worth. Charles Schwab & Co. signed on as title sponsor of the PGA TOUR’s Fort Worth Invitational at Colonial Country Club in 2018. Already a major sponsor of the PGA TOUR and PGA TOUR Champions, the four-year agreement, which runs through 2022, marks the firm’s first-ever title sponsorship of a PGA TOUR event. It also reinforces Schwab’s commitment to the Dallas-Fort Worth Metroplex, which is home to the firm’s rapidly-growing presence in Westlake.
For more information on the tournament, visit www.charlesschwabchallenge.com and aboutschwab.com.
Newsletter Signup

In this article:Charles Schwab Challenge, Colonial, pga tour
Up Next: