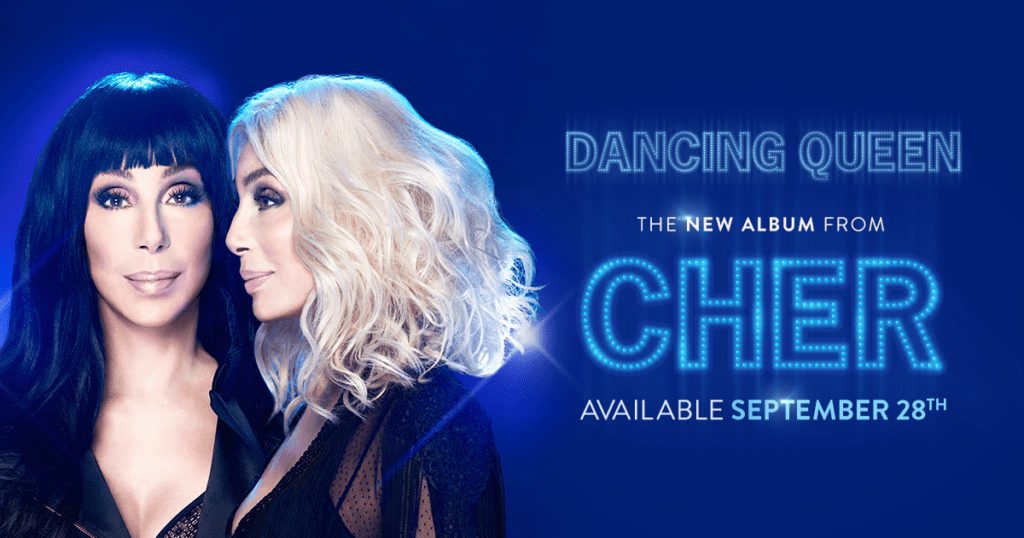 – Tickets On Sale to the General Public Starting April 5 at 12PM at LiveNation.com  –

Nile Rodgers & CHIC will continue as the special guest for the North American outing.  Cher’s Here We Go Again tour, her first across the U.S. in more than five years, has received rave reviews from sold-out crowds at every stop since early January.  Fans throng to hear Cher’s biggest hits plus songs from her recent Dancing Queen album – a tribute to the music of ABBA.

Tickets for the Dallas date will go on sale to the general public on Friday, April 5 at 12pm local time at LiveNation.com. Citi is the official presale credit card for the Here We Go Again tour. As such, Citi cardmembers will have access to purchase presale tickets beginning Tuesday, April 2 at 10:00am local time until Thursday, April 4  at 10:00pm local time through Citi’s Private Pass® program. For complete presale details visitwww.citiprivatepass.com.

Cher, an Oscar, Emmy, Cannes Film Festival and Grammy Award-winning icon was recently honored at the Kennedy Center in 2018.  She is co-producer of The Cher Show, the hit Broadway musical.

Nile Rodgers is a multiple GRAMMY-winning composer, producer, arranger and guitarist and co-founder of CHIC. Rodgers pioneered a musical language that generated chart-topping hits like “Le Freak,” (the biggest selling single in the history of Atlantic Records!) and sparked the advent of hip-hop with “Good Times”. Nile Rodgers transcends all styles of music across every generation with a body of work that’s garnered him inductions into the Rock & Roll Hall of Fame  in 2017 and the Songwriters Hall of Fame in 2016.