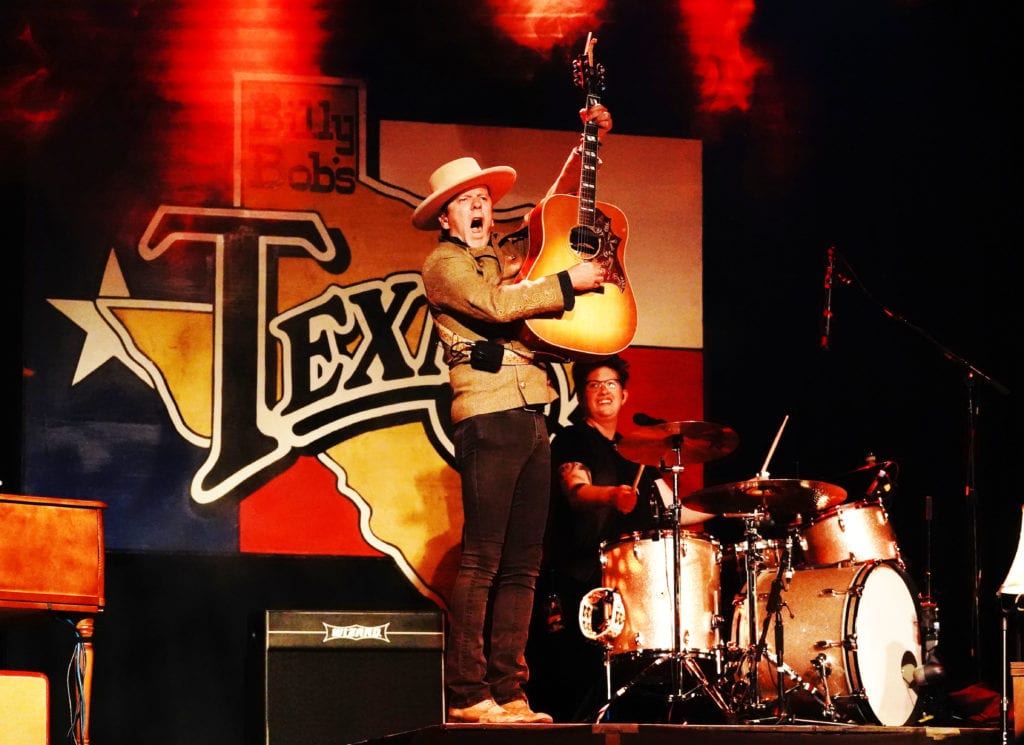 Kiefer Sutherland’s voice has always been at the heart of his Hollywood persona.

In the popular TV series 24, his tough-guy growl as agent Jack Bauer deserved a separate credit as it intimidated so many perps and terrorists. In movies like Young Guns and A Few Good Men, his rugged rasp gave his characters extra intensity. Even in TV ads for Ford and Apple, as well as animated films and video games, The Sutherland Voice stands out. 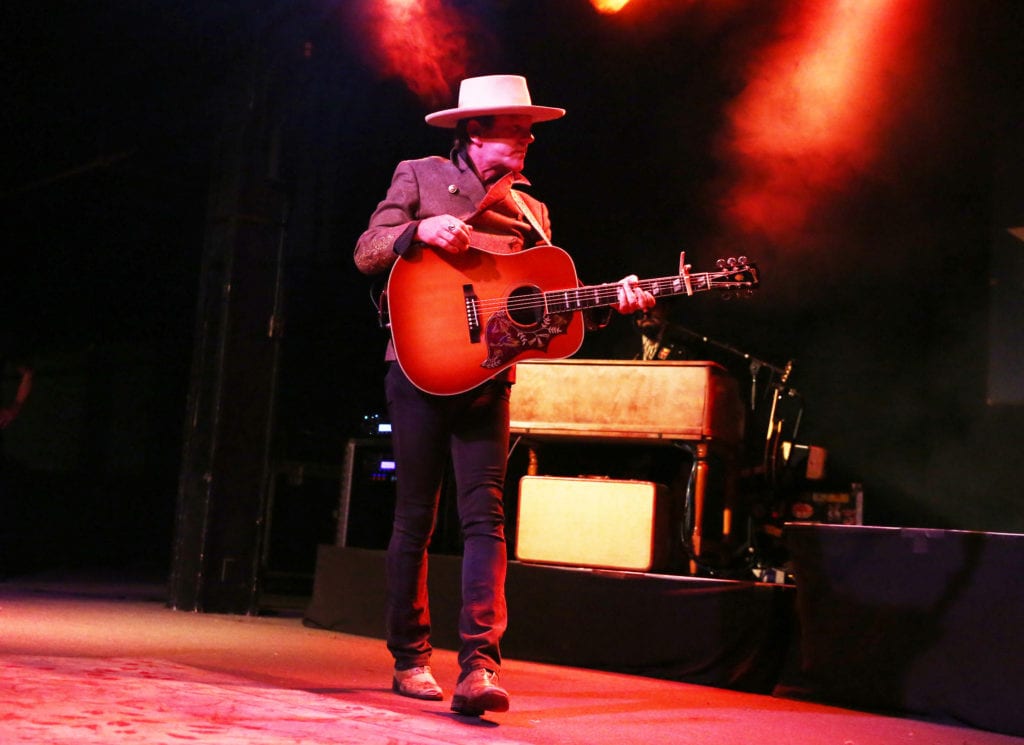 So watching him sing a collection of whiskey-soaked country-rock songs at the world’s largest honky tonk seemed to make perfect sense.

The 52-year-old Emmy and Golden Globe winner took the stage at Billy Bob’s Texas on Friday night with his band and delivered an hour and half set chocked full of originals — many of which came with a compelling story.

Sutherland created an intimate feel for the fans by sharing moments from his childhood, growing up as the son of legendary actor Donald Sutherland. He also talked about his daughter and his love-hate relationship with the drink, both of which inspired songs on his second studio album, Reckless & Me, released in April. 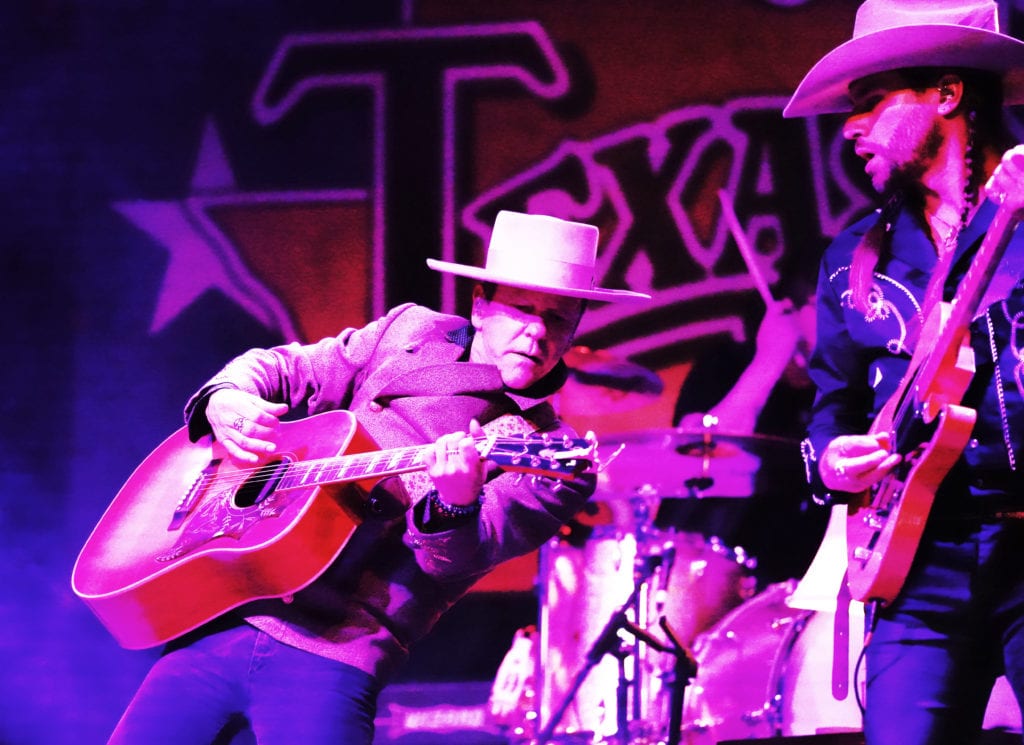 Song for a Daughter, the tenth song of his eighteen song set, was an engaging story about coming home after two years on the road. It had been so long he didn’t even remember where the pans and dishes were. When he came across a photo of his daughter — one he took right after she was born — he was so moved he wrote the heartfelt melody.

One of Sutherland’s most moving songs was Shirley Jean, which he wrote about a man on his final day of Death Row.

“He’s writing a letter home to the only girl he ever knew because he went to prison when he was so young,” said Sutherland.

The lyrics matched the ache in Sutherland’s voice:

“It’s the last night that I’ll see your face.
Daydreams of you were my sweetest place.
Time’s taken its toll, but I’m all right to go.
It’s my last night, and I thought you should know.”

Sutherland ended the night with a light-hearted story about riding around in his father’s Ferrari and listening to the same 8-track tape over and over… that included the song Knockin’ on Heaven’s Door by Bob Dylan, which was Sutherland’s final song of the night. 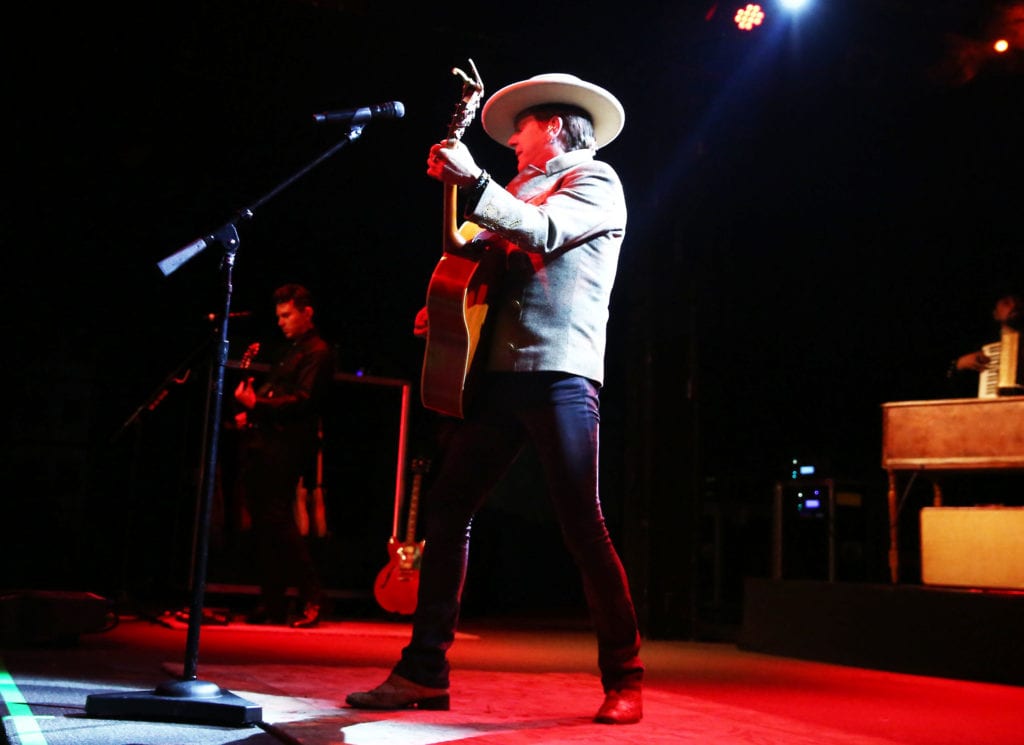 Any time a well-known actor decides to dip their toe into the music world, there is potential for the whole thing to feel phony — like they’re simply cashing in on their celebrity status.

But Sutherland’s country-rock has an authenticity to it, and it sounded right at home on the stage at Billy Bob’s. (Sutherland was rancher and a competitive rodeo roper for several years, so he’s got actual cowboy cred.)

Talking with fans after the show, many said they were impressed with Kiefer Sutherland the musician. And they were happy to hear The Sutherland Voice in a whole new way.