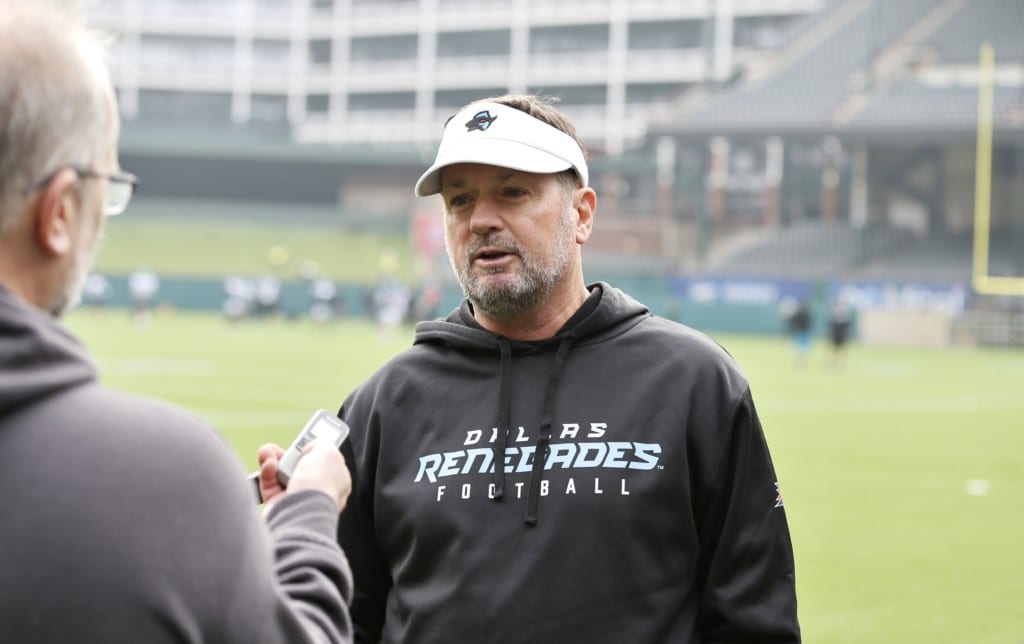 The Dallas Renegades will open the doors to the re-imagined Globe Life Park on Saturday, February 1 – allowing fans to attend practice just a week before the team opens the 2020 season.

The festivities will kick off at 10 am in Arlington, as the Renegades practice for attendees on the newly constructed football field.

During that time, fans will also have a chance for tours of the venue, including the team locker room.

After practice, fans can take the opportunity to meet the team and grab autographs and pictures with their favorite Renegades players and coaches – led by Head Coach/General Manager Bob Stoops.

The Renegades in-game host, James “Red” Harris will lead a fan education session at 1:30 pm, detailing the new rules that will be part of the XFL experience.

The day will conclude with a USA Football / Little Renegades Skills Camp – teaching youngsters the important points of America’s most popular sport.

Fans will be able to park for free in J Lot adjacent to Globe Life Park and enter the venue via the Home Plate Gate of the venue. Concession stands will be open, as will a Renegades shop for fans to purchase team gear in person for the first time.

Dallas kicks off the season at Globe Life Park on Sunday, February 9 versus the St. Louis BattleHawks at 4 pm CT on ESPN.

Fans can purchase Renegades season and single-game tickets at XFLRenegades.com.

In this article:Dallas Renegades, featured, XFL
Up Next: