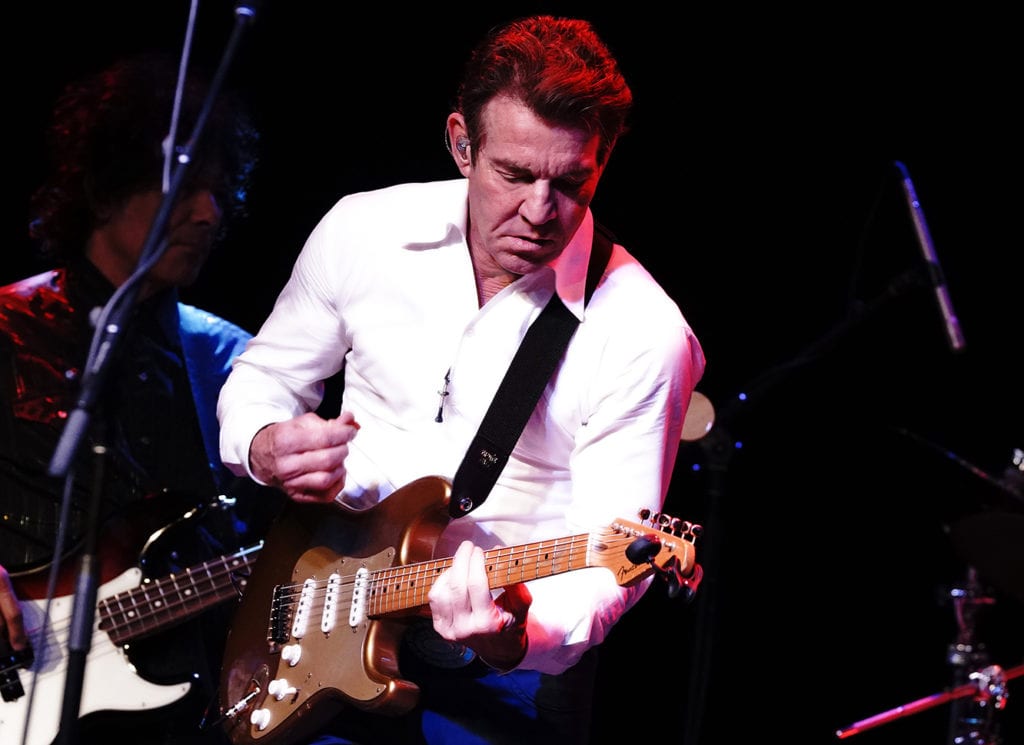 Many actors have made inadequate attempts at playing in rock ’n’ roll bands — Bruce Willis, Keanu Reeves and Russell Crowe are a few that come to mind. 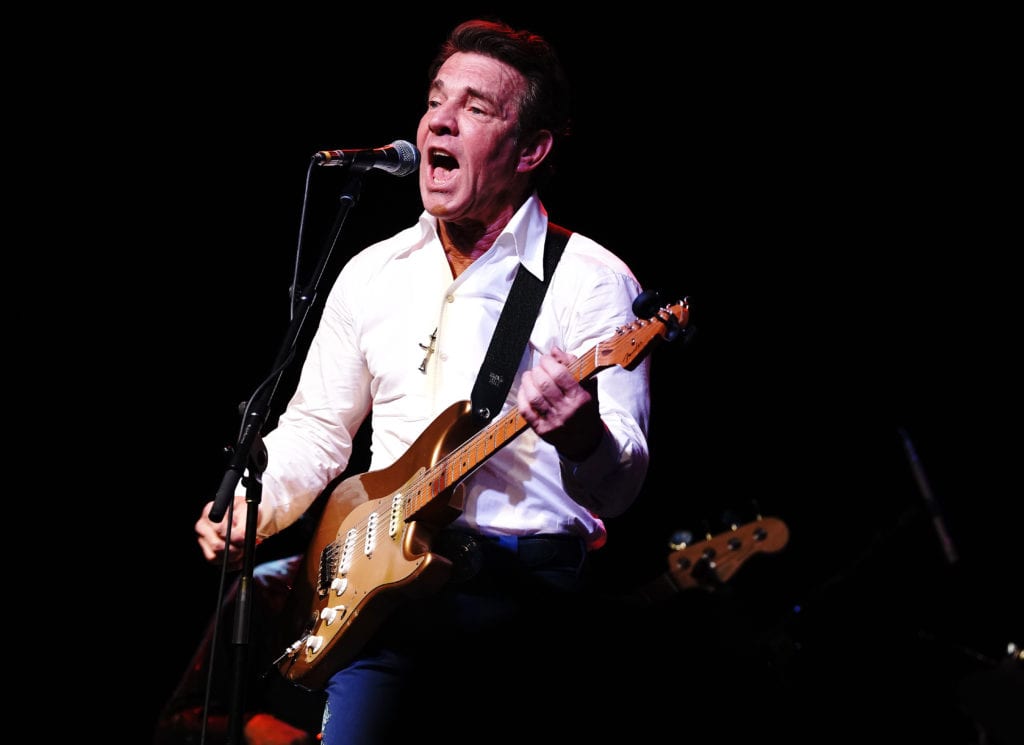 But Dennis Quaid, who has been playing music since his grandfather bought him his first guitar at a Texas Kmart, is no poser. He and his band The Sharks played to a packed Billy Bob’s Texas on Saturday, and delivered a memorable two-hour, 19-song set.

The 64-year-old Quaid rushed onto the stage like a 20-year-old, and leapt into the crowd with his guitar during the second song to share some high fives, all without missing a note on his six string.

He told the crowd, “we play blues, country and rock ’n’ roll, but often are described as Americana,” and the band’s covers ranged from The Clash (“Should I Stay or Should I Go”) to Johnny Cash (“I Walk the Line”) to The Doors (“L.A. Woman”). 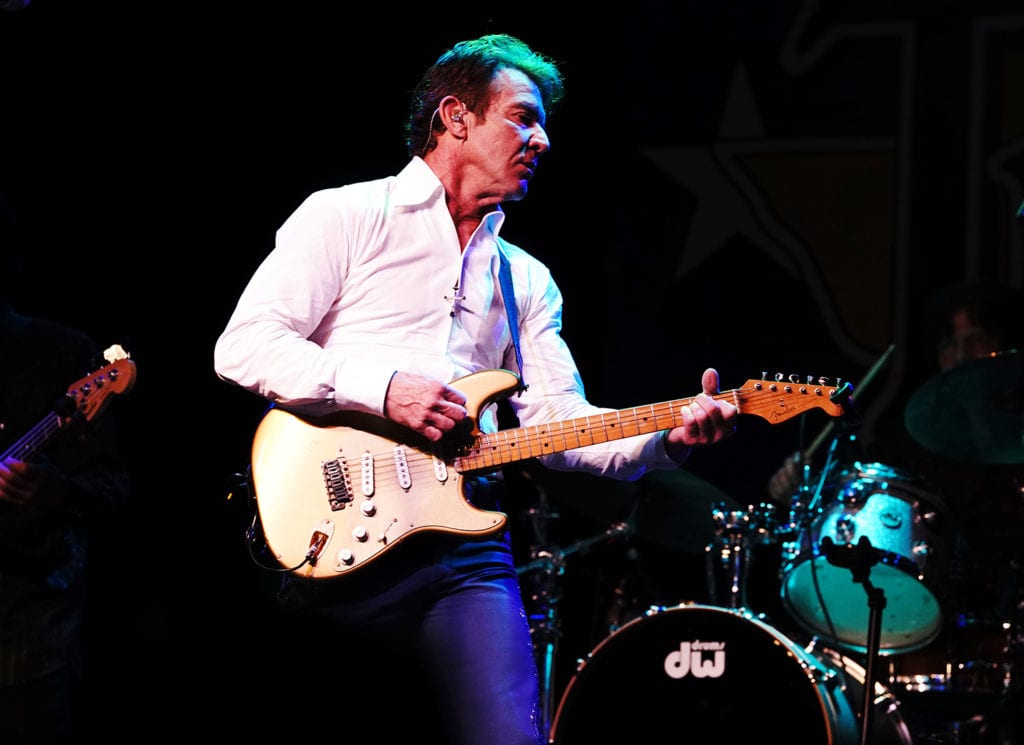 The Sharks also played several originals, such as “Peaches Number 9,” which was written about the love of Quaid’s life… his dog Peaches, who joined the band onstage to the delight of the crowd.

Quaid sat in on keyboards on the band’s cover of Jerry Lee Lewis’ “Whole Lotta Shakin’ Going On.”  It’s a number Quaid knows well, because he portrayed Lewis in the 1989 biopic “Great Balls of Fire.” At Billy Bob’s, he even mimicked some of The Killer’s signature moves, riding the keyboard like a horse. When he broke the keyboard stand, Quaid looked at the keyboardist and said, “ a new stand is on me, by the way,” drawing a laugh from the crowd. 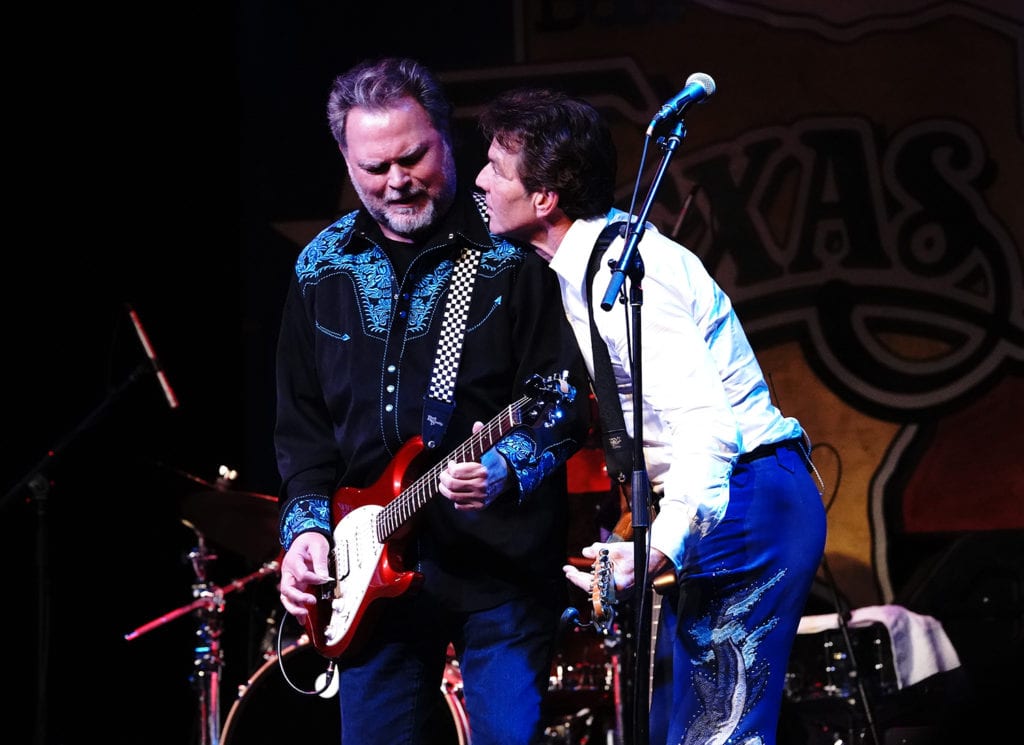 The Sharks played past midnight before bringing out special guest Johnny Rodriguez, followed by Tanya Tucker, who brought the crowd to their feet. Tucker later preformed a duet with Quaid on “On My Way to Heaven,” which Quaid wrote for his mother.

“This is my favorite song in the whole wide world,” said Tucker, “And I mean that from the bottom of my heart.”

Quaid and The Sharks finished the night with a rollicking version of another Jerry Lee classic, “Great Balls of Fire.”

For Quaid, the Houston native, who has enjoyed more than 40 years playing rugged leading men in movies like “The Rookie,” “Everybody’s All-American” and “The Alamo,” it was proof positive that he’s an actor who is very comfortable in another role: ageless rock ’n’ roller.

Photos and Blurb by Velton Hayworth

In this article:Billy Bob's, Cowtown, Dennis Quaid, featured, Fort Worth, Stockyards, Tex, Texas Music
Up Next: