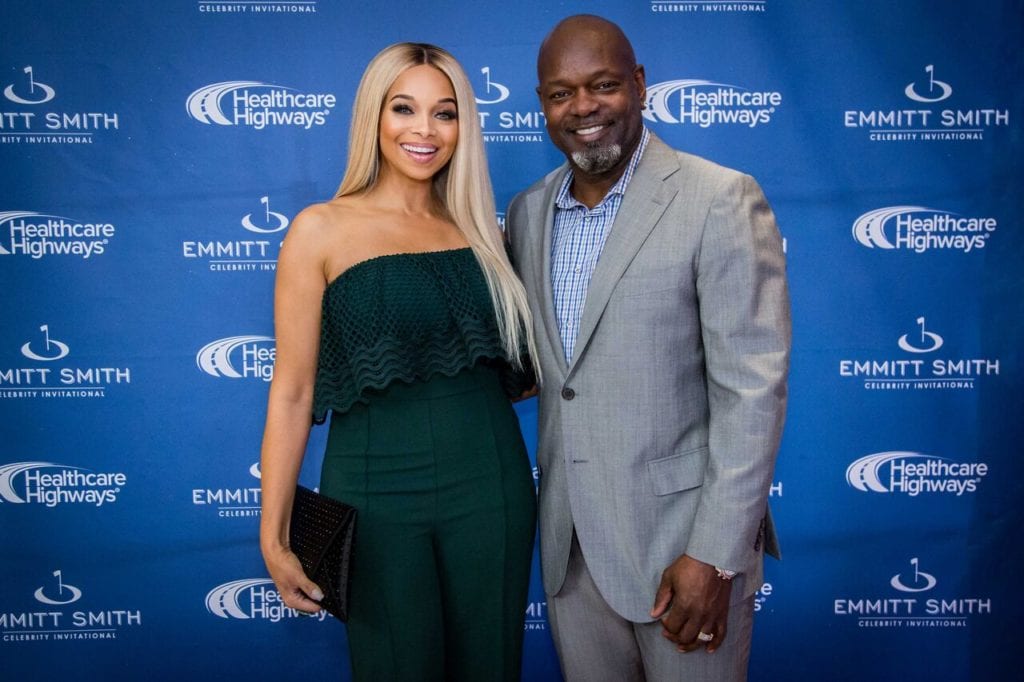 If there was a Mount Rushmore of DFW sports, the NFL’s all-time leading rusher and the NBA’s sixth all-time leading scorer would undoubtedly occupy two of the spots, so it only makes sense that Dallas Cowboys legend Emmitt Smith would honor recently retired Dallas Mavericks great Dirk Nowitzki and his wife Jessica with the prestigious Roger Staubach Award at the 10th annual Emmitt Smith Celebrity Invitational.

The Roger Staubach Award is an annual award to recognize individuals who have brought together the world of sports, entertainment and business to make an extraordinary impact on the lives of children and youth.

Named for the legendary Dallas Cowboys quarterback and real estate icon, the award is given to recipients who exemplify excellence personally, professionally and philanthropically.

The Nowitzkis will be receiving the Roger Staubach Award on May 3  at the Friday Night Gala at the Omni Frisco at The Star.

The celebrity weekend continues on Saturday with the Celebrity Golf Tournament at TPC Craig Ranch.

In this article:Dirk Nowitzki, Emmitt Smith, featured
Up Next:

Charles Schwab Challenge Set to Make its Mark at Colonial