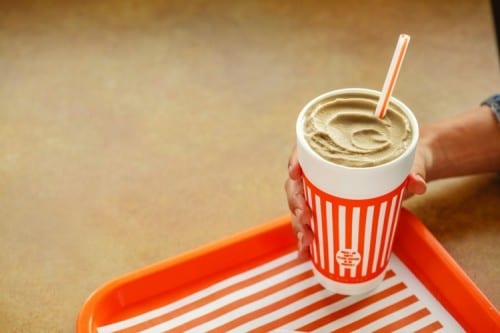 Fewer things symbolize Texas or Texans more than  Dr Pepper and Whataburger, so it only makes perfect sense that the San Antonio-based Whataburger chain would offer a Dr Pepper Milkshake.

“Both Whataburger and Dr Pepper are Texas icons, and there’s no better way to show your Texas pride than by having the ultimate Texan meal,” Whataburger announced in a release. “Made with pure Dr Pepper syrup, this shake has that classic Dr Pepper flavor with a small-town diner feel. It’s only here for a limited time in parts of Texas, Arkansas and Oklahoma, so put on your cowboy boots and grab one today!”

Buried in the end of the release is “limited time,” so here’s hoping that the Dr Pepper Milkshake becomes a huge hit and rather than Whataburger keeping it through the summer, it remains a permanent fixture on the menu along with the return of the fan-favorite Buffalo Ranch Chicken Strip Sandwich. 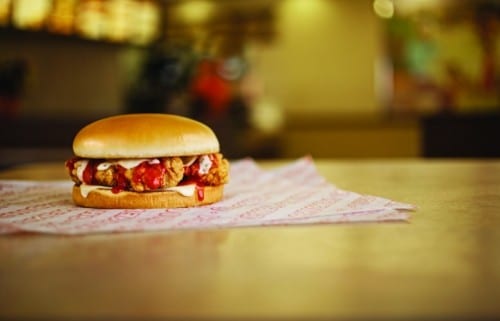 First introduced in 2015, the Buffalo Ranch Chicken Strip Sandwich is returning to Whataburger menus everywhere, now as an All-Time Favorite.

This mouthwatering sandwich is a fan favorite, and comes layered with three crispy all-white meat chicken strips and two slices of Monterey Jack cheese. Then, it’s topped off with creamy buttermilk ranch and Whataburger’s own Buffalo Sauce—all served on a toasted five-inch bun.

In this article:featured, Whataburger
Up Next:

Keeping it light at Le’s Wok