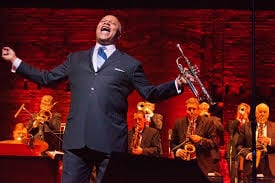 Tis’ the season to swing! Byron Stripling, former lead trumpeter for the Count Basie Orchestra, returns to the Fort Worth Symphony Orchestra to add some holiday spice to your favorite tunes.

Stripling earned his stripes as lead trumpeter and soloist with the Count Basie Orchestra under the direction of Thad Jones and Frank Foster. He has played and recorded extensively with the bands of Dizzy Gillespie, Woody Herman, Dave Brubeck, Lionel Hampton, Clark Terry, Louis Bellson, and Buck Clayton in addition to The Lincoln Center Jazz Orchestra, The Carnegie Hall Jazz Band, and The GRP All Star Big Band.