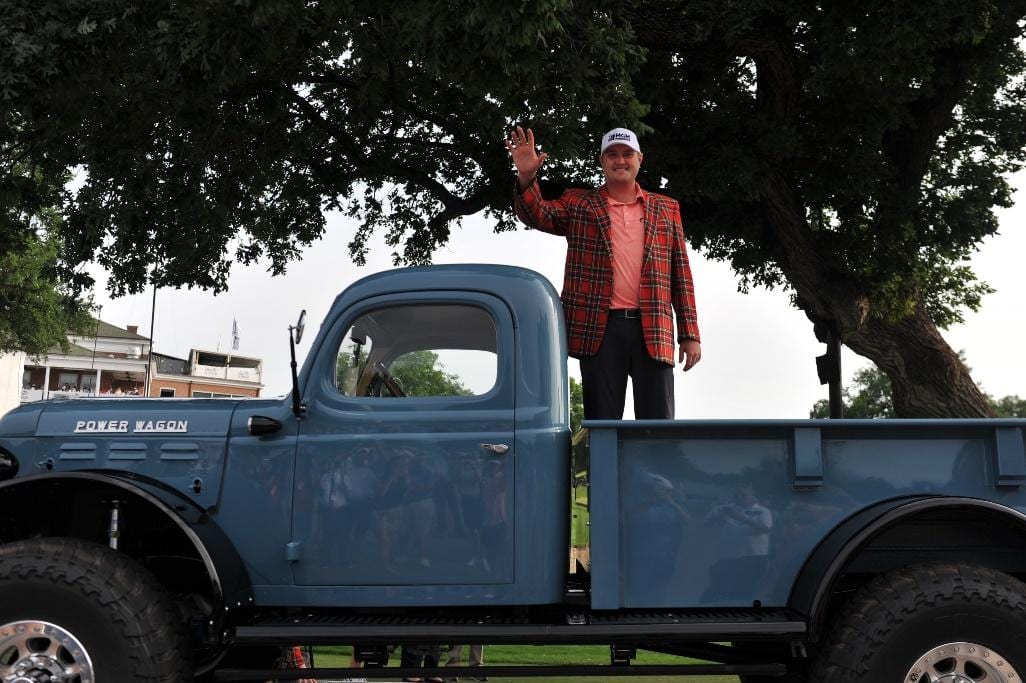 With his score of 14 under par, Kokrak captured the iconic Leonard Trophy and will have his name etched in stone on the Wall of Champions at Colonial Country Club.

He was also presented with a one-of-a-kind, Champion’s Prize ― a custom “restomod” 1946 Schwab Power Wagon truck.

During Sunday’s champion’s ceremony on the 18th hole, Kokrak was officially awarded the truck ― painted in Schwab Blue ― featuring one-off Schwab badging and touches of Colonial’s trademark Scottish royal tartan interior accents to match the Champion’s tartan jacket that is synonymous with this historic tournament.

Schwab unveiled the 1946 Schwab Power Wagon earlier in the week, shortly after the firm announced a four-year extension of its title PGA TOUR sponsorship at Colonial Country Club though 2026, underscoring its commitment to this storied event and the Dallas-Fort Worth community.

“It is a privilege for us to serve as title sponsor of the Charles Schwab Challenge, and we are incredibly proud of the historic place this event holds in the history of golf,” added Jonathan Craig, senior executive vice president, Investor Services & Marketing at Charles Schwab. “From our inaugural year in 2019, to the deeper meaning the tournament held in 2020 amidst challenging times, we are thrilled that our efforts will continue to benefit this iconic event and its fans, and also show support for Fort Worth and the broader Metroplex.”

For more information on the tournament, visit schwabgolf.com and charlesschwabchallenge.com.