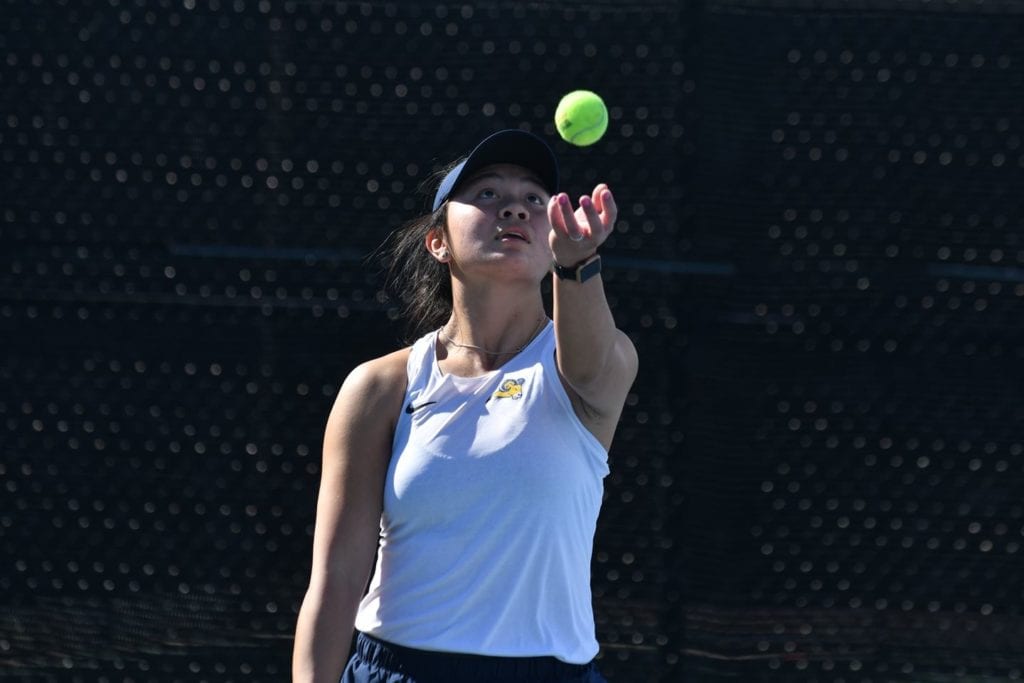 FORT WORTH, TX – Texas Wesleyan Women’s Tennis capped a busy weekend with a pair of victories Saturday over Southwestern College and Texas A&M-Texarkana at the Arlington Tennis Center.

The Lady Rams swept Texarkana 7-0 and breezed past Southwestern 7-1 after falling 7-0 to Dallas Baptist on Friday afternoon.

Hannah Rey and Mae Covacevich swept singles play against Texarkana. Rey nearly forced a third set in a loss to Dallas Baptist’s Genie Hernandez 6-3, 7-6 and held on to prevent a third set against Southwestern’s Alexa Powers in a 6-2, 7-5 triumph.

No singles or doubles matches needed tiebreakers as all four teams found advantages and mismatches quickly, mostly to the benefit of the Lady Rams.

The two victories were the first of the spring season and will serve as a tune-up for a flurry of matches at LSU-Alexandria between February 27-March 1. John Brown, LSU-Shreveport and Louisiana College will also be on hand.