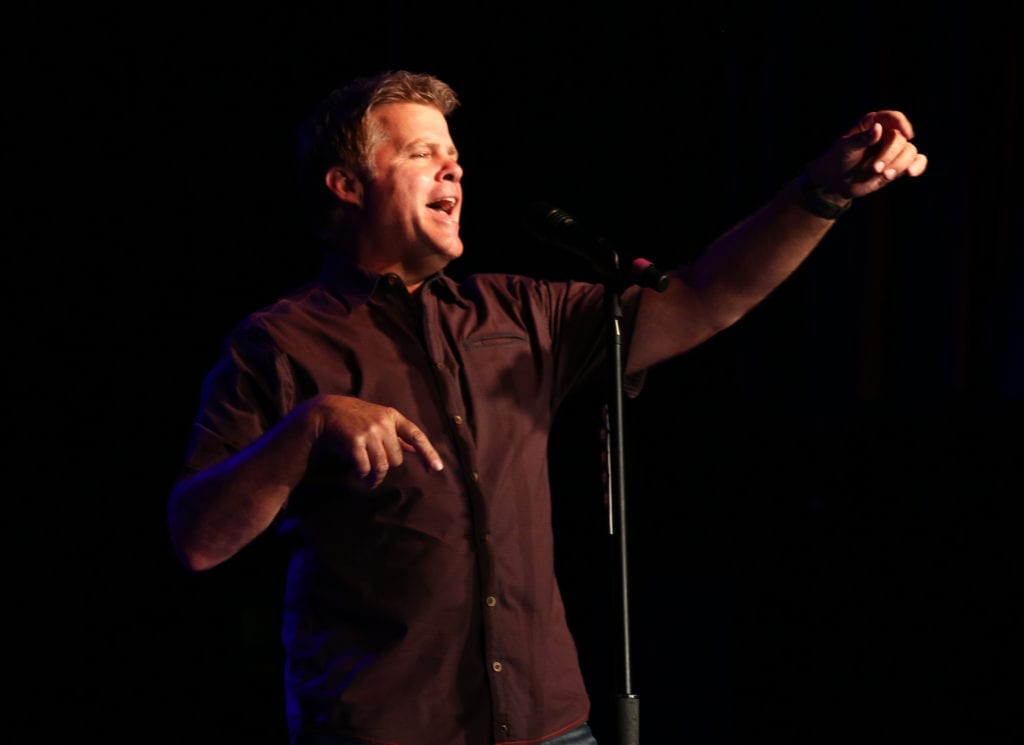 By The Famous Jay

Lonestar has charted more than 20 singles on the Hot Country Songs chart, including nine that have hit the top spot and Saturday night’s show in front of a packed house at Billy Bob’s Texas was essentially a celebration of the band’s classic hits.

The show got underway with one of those No. 1 hits What About Now and the fans were locked in, knowing they were in for exactly what they wanted: Hits, hits and more hits.

When You’re With Me and Tequila Talkin’ followed before lead singer Richie McDonald told the story behind one of the band’s most beloved hits, I’m Already There.

McDonald talked of the origins of the song coming from a time when the band was on the road and he called his house, his son Rhett uttered the now-famous words “Daddy, when you coming home?”

His son, now in his 20s, was in attendance as McDonald put it “he’s now on the payroll” (he is now a member of the band’s crew).

McDonald spoke of how the song took on a life of its own following 9/11 and how the band has traveled the world performing for members of the United States military.

The crowd simultaneously rose to a standing ovation as the song came to a close.

While the band is based in Nashville, Tennessee, each of its members are from the Lone Star state. McDonald was born in Lubbock while keyboardist Dean Sams is from Garland, drummer Randy “Keech” Rainwater is from Plano and lead guitarist Michael Britt was born in Fort Worth.

As the show went on, the hits kept on coming with Come Cryin’ to Me, Mr. Mom, My Front Porch Looking In and You Walked In all making the list.

Sams got the crowd going for what he dubbed the evening’s ‘7th Inning Stretch” and everyone in the building was up and cheering when Lonestar performed another of their No. 1 hits, No News.

For the encore, they performed their biggest hit, Amazed, which spent eight weeks at the top of the Billboard country chart. A remix of the song reached No. 1 on the Billboard Hot 100 chart.

But the night was not over as they wrapped a big bow on the show with covers of classics such as Another Brick in the Wall, Life in the Fast Lane, Rapper’s Delight and Come Sail Away.

The enthusiastic crowd gave a rousing ovation as the band took a bow and the lights went down.

One of the highlights of attending a show at Billy Bob’s comes when the show is over and (unlike the DFW-area arenas) fans can hang out and enjoy more live music and wind down the night rather than immediately exiting the building to sit in traffic.

For a list of upcoming Billy Bob’s Texas shows and to purchase tickets, visit HERE.