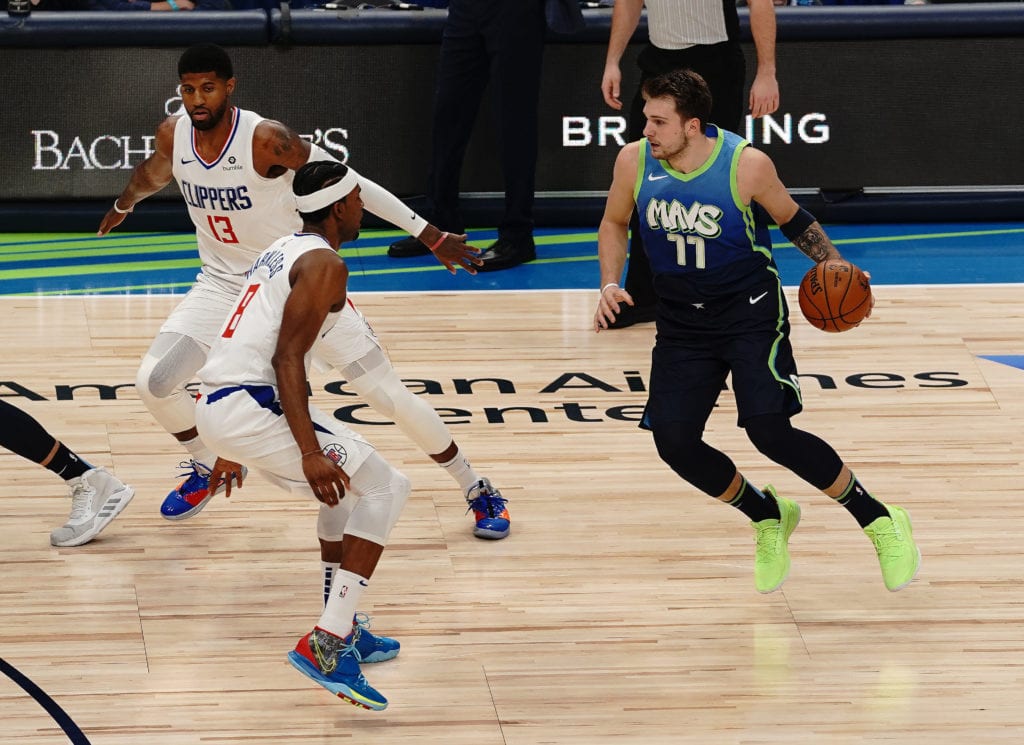 The NBA announced today that Dallas Mavericks guard Luka Dončić was named the Kia NBA Western Conference Player of the Month for games played in October/November.

The 20-year-old becomes the first Maverick to garner the award since Dirk Nowitzki in April 2009. He also becomes the youngest Western Conference Player of the Month winner since the league began issuing the award by conference in 2001-02.

The second-year Slovenian has recorded a league-high seven triple-doubles this season. He also ranks third in the league in scoring (30.6 ppg), second in assists (9.6 apg), 15th in rebounding (9.9 rpg) and tied for 12th in steals (1.53 spg).

This marks the eighth time in franchise history that a Maverick has won Player of the Month honors.

Nowitzki was the sole recipient of the award five times in his career (for December 2004, February 2005, December 2005, February 2007 and April 2009) and also shared the honor with Michael Finley and Steve Nash in November 2002. Aguirre was the first Maverick ever to take home the award, winning it for January 1984. Dončić becomes the first Dallas player under 24 to win the award (Aguirre and Nowitzki were both 24 when they first won it).

Dončić has scored at least 20 points in 18 of Dallas’ first 19 games this season, including 25-plus points 16 times, 30-plus points 10 times and 40-plus points on three occasions (the Mavericks are a perfect 3-0 this year when he goes for 40-or-more points).

The reigning Kia NBA Rookie of the Year is currently riding a streak of 15 consecutive games with at least 20 points, five rebounds and five assists, which is tied for the fourth-longest such streak since the ABA-NBA merger in 1976-77 (LeBron James also went for 20-5-5 in 15 straight games in 2017-18).

In 14 games in November, Dončić averaged 32.4 points, 10.3 rebounds and 10.4 assists per game en route to becoming just the third player in NBA history to average a 30-point triple-double over any calendar month (minimum 10 games played). Oscar Robertson (5 times) and Westbrook (twice) also achieved the feat. In fact, Dončić became only the fifth player in league history to even average a triple-double during any calendar month, along with Westbrook (8 times), Robertson (7 times), Wilt Chamberlain (twice) and James (once).

Dallas currently sits atop the Southwest Division at 13-6. The Mavericks are 7-2 (.778) on the road this year.

In this article:Dallas Mavericks, featured
Up Next: