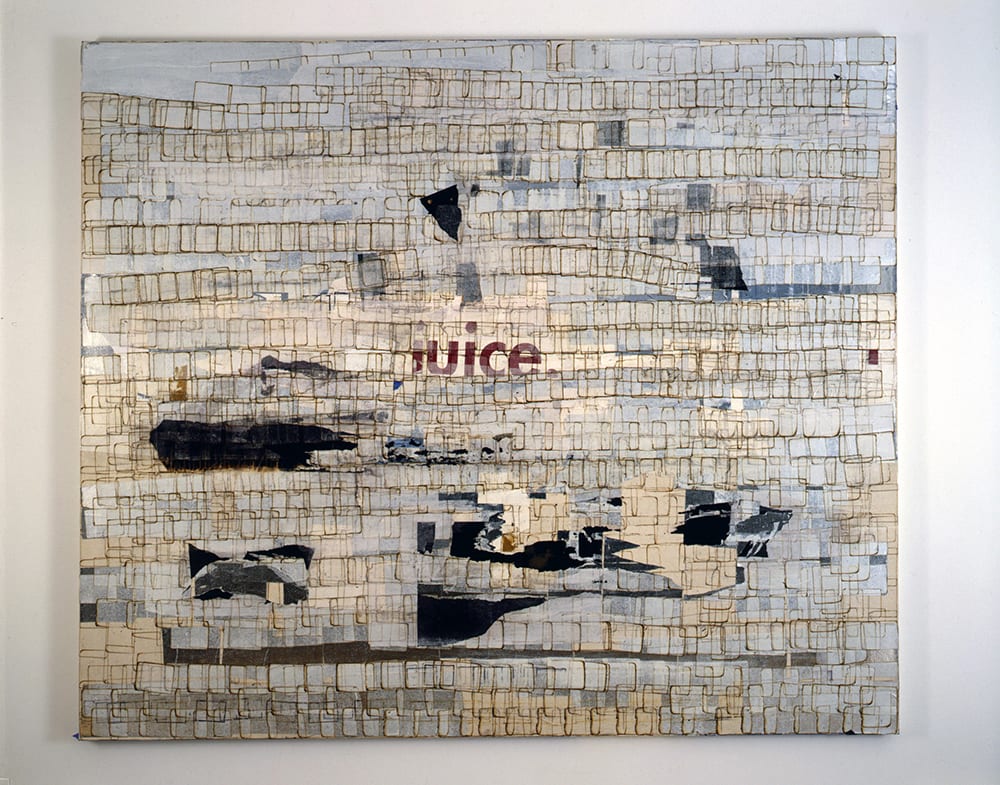 As Texas slowly begins to reopen, Fort Worth businesses are beginning to allow visitors once again. Starting on July 1st, The Modern will join this growing list, allowing guests to once again enjoy their exhibits in person for the first time since March.

One exhibit that is long awaited is Mark Bradford: End Papers, which hadn’t been open long before the museum was forced to shut its doors. Now, Fort Worth will finally get the chance to see his work in person.

They say that one man’s trash is another mans treasure, and for Mark Bradford, that is entirely the case. Using the materials he had available to him growing up in his mothers beauty salon—specifically end papers—he started out as a hairstylist, and has since become a notable name in the art community.

Using the two-by-four-inch sheets of translucent paper, which purpose are to protect hair ends from to much heat during the process of getting a permanent wave, he was able to create grids that blend collages and painting together. 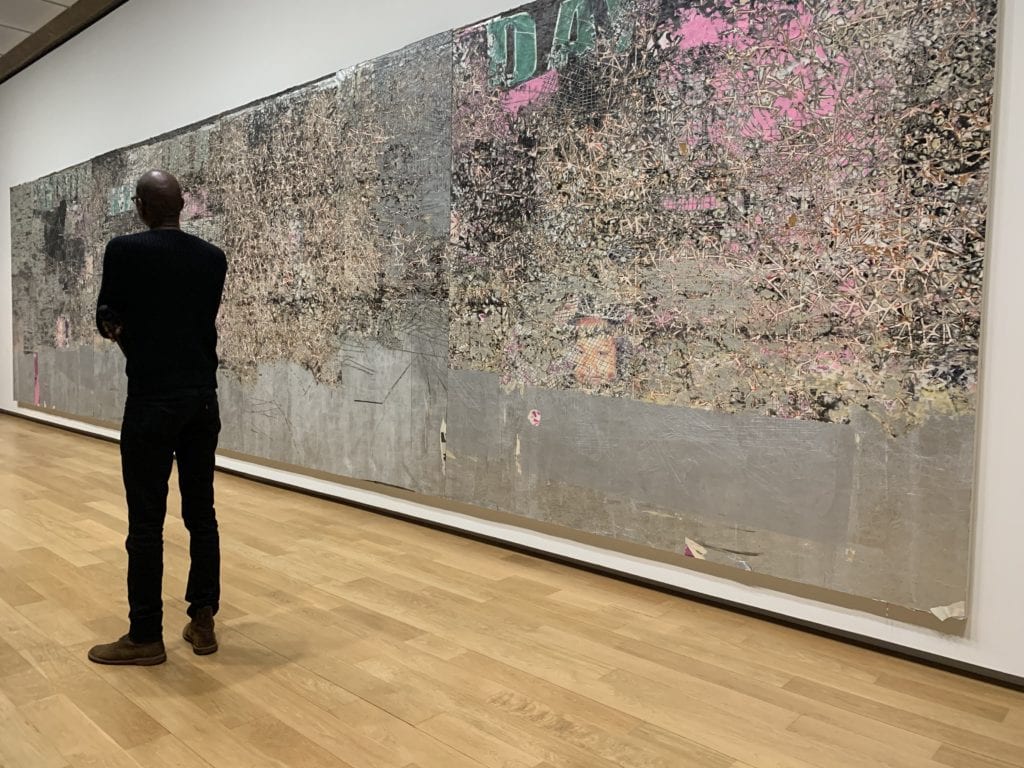 The grids start as tight and dense, but as the gallery continues, they begin to resemble landscapes and maps, such as his piece “20 minutes from any bus stop.”

By combining a unique material that he knew well and his interest in the art of abstract painting, he was able to create a specific identity, merging it with his background.

In 1991, he was accepted into CalArts, where he saw himself growing as an artist, challenged by the fact that he was a decade older than most of his fellow students, and had a very different idea of the art he wanted to create.

With influences such as Agnes Martin, a minimalist abstract painter, it is apparent that growing up in a beauty salon allowed him to be more open with pieces, not being afraid to let a women influence his work.

“I have never once in my career had a male artist tell me he was influenced by a female artist,” says Michael Auping, former Chief Curator at the Modern who organized the exhibit. “Not once.”

Growing up in the back of a salon may have helped shape him into who he is, but doesn’t define him or his art.

“I increasingly started backing out of the hair salon,” Bradford said. “I grew up in one, but I am not comfortable building a career out of talking about black women’s private spaces. So I started walking around and turned my gaze to little details that point to conversations other than the obvious larger meta hip-hop narratives.”

Bradford’s art has transformed over the past few decades, yet he has always stayed consistent with the stories he chooses to tell, leading back to the connections to his community. While end papers are still a huge part of his art, he has also incorporated things such as magazines and old billboards to create multi-dimensional pieces.

Bradford currently holds the record for the highest-ever auction price achieved by a living African American artist with Helter Skelter I, which sold for 12 million dollars, and currently sits in the Broad Museum in his hometown of Los Angeles.

The Mark Bradford: End Papers exhibit at the Modern has been extended through January 10, 2021. 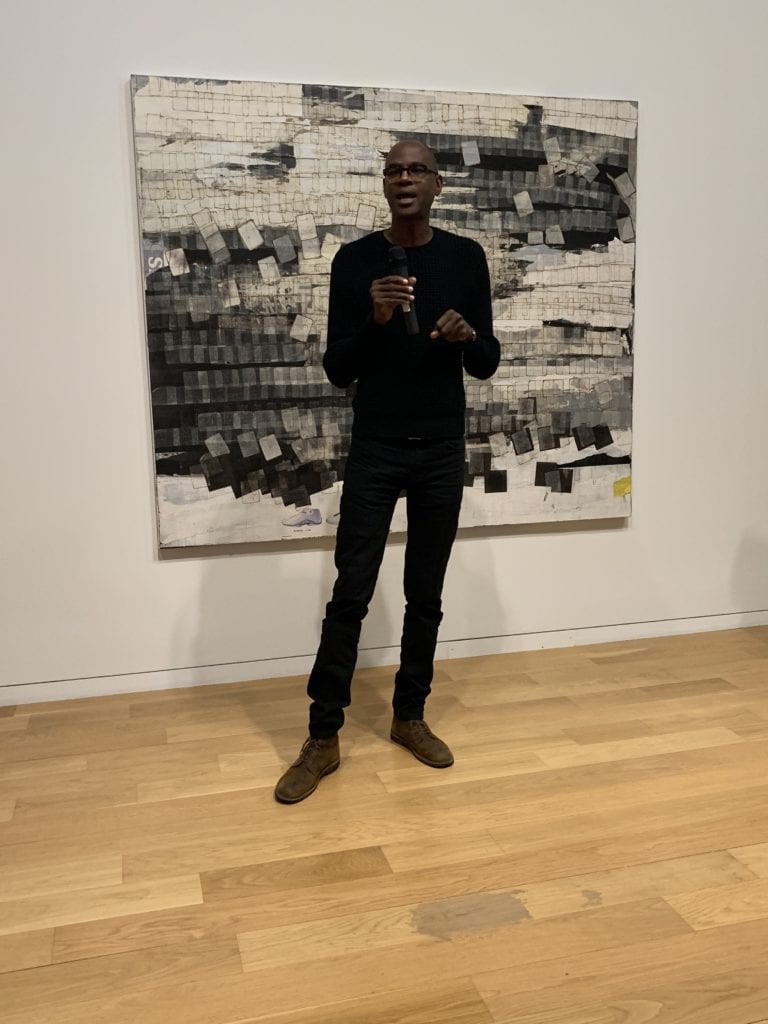 Fire Works Will Go On.

Enthusiasts will soon be able to return to museums