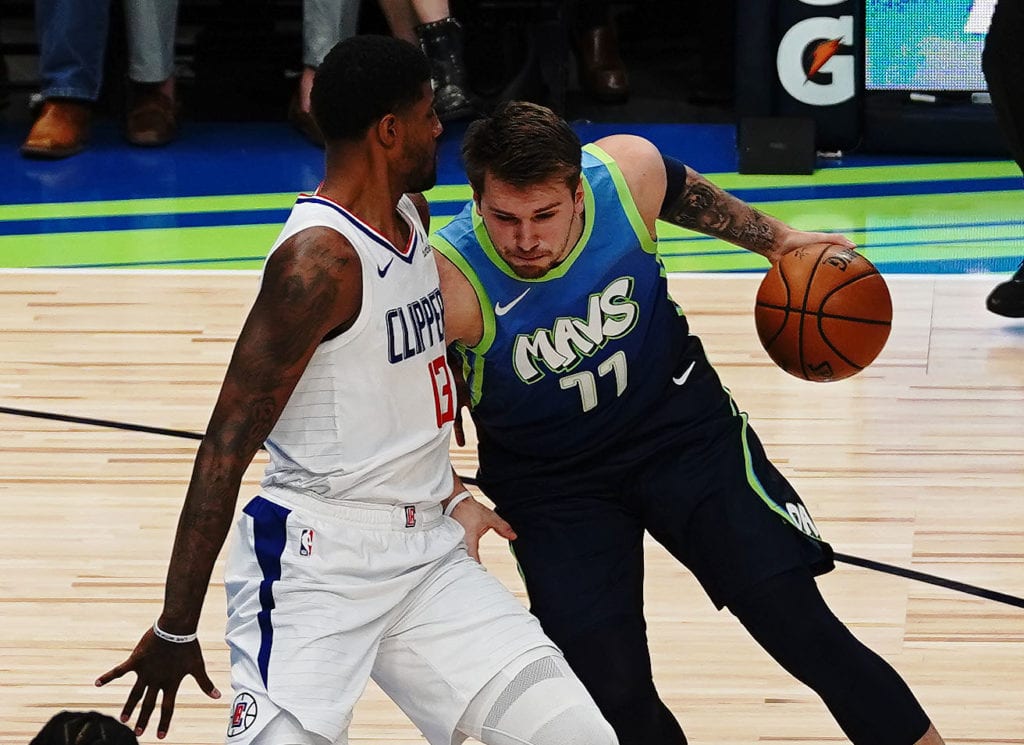 The Dallas Mavericks announced today their eight-game schedule for the restart of the 2019-20 season, which will tip-off against the Houston Rockets on Friday, July 31 at 8 p.m. CT on ESPN at The Arena at the Walt Disney World Resort in Orlando, Florida.

Fox Sports Southwest will carry all eight of the Mavericks’ seeding games with Mark Followill, Derek Harper and Jeff “Skin” Wade calling the action remotely from their studio in Las Colinas, Texas. In addition to the matchup with Houston, ESPN will also televise the Mavericks’ game against Milwaukee. TNT will air the club’s showdown with the Clippers and NBA TV will show the team’s game against Utah. The league and its broadcast and technology partners are collaborating to enhance game telecasts and bring fans an immersive, interactive viewing experience.

ESPN 103.3 FM will air all eight games with Chuck Cooperstein and Brad Davis broadcasting from the Mavericks locker room at American Airlines Center. Victor Villalba will provide the play-by-play in Spanish on 1207 AM from the Univision Deportes studio.

Dallas went into the NBA hiatus with a record of 40-27 (.597) and currently sits in seventh place in the Western Conference entering the restart.

The restart will include strict health and safety protocols and the goal of taking collective action to combat systemic racism and promote social justice. Games will resume with 22 teams playing at The Arena, HP Field House and VISA Athletic Center at ESPN Wide World of Sports Complex with no fans in attendance.

If the team with the eighth-best combined winning percentage in a conference (Team 8) is four games or fewer ahead of the team with the ninth-best combined winning percentage in the same conference (Team 9), then those two teams would compete in a play-in tournament to determine the eighth playoff seed in the conference. The play-in tournament will be double elimination for Team 8 and single elimination for Team 9.

The NBA’s standard playoff tiebreaker procedures will be used to break any ties on the basis of winning percentage. Once the 16-team playoff field is set, the NBA Playoffs will proceed in a traditional conference-based format with four rounds and best-of-seven series in each round. The 2020 NBA Finals will end no later than Oct. 13.