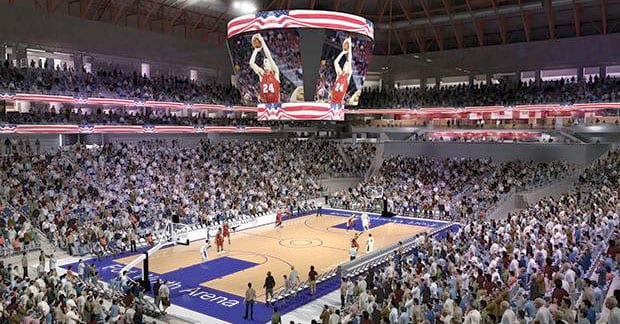 The National Collegiate Athletic Association announced that Fort Worth and TCU have been selected as a host for the 2026 NCAA Division I Women’s Basketball Championship Regional Rounds at Dickies Arena on March 27-30, 2026.

Fort Worth was awarded the title of host after a highly-competitive bidding process against destinations across the nation, led by the Fort Worth Sports Commission. Combined, the events are expected to drive more than $14.7 million in economic impact, bringing in more than 114,000 visitors and 17,700 room nights to Fort Worth.

“We can’t wait to welcome back student-athletes, coaches, fans and families who will travel to Fort Worth and experience our world-class city,” said Jason Sands, director of the Fort Worth Sports Commission. “Sporting events like these create a significant economic impact to our city by bringing business to our restaurants, hotels, shops and attractions.”

The Fort Worth Sports Commission, Texas Woman’s University, Knight Eady and Dickies Arena have worked in a close partnership for the past five years to secure the NCAA National Collegiate Women’s Gymnastics Championships to Fort Worth.

“Dickies Arena is looking forward to extending our partnership with the NCAA and welcoming them to Fort Worth in the coming years,” said Matt Homan, president and general manager of Dickies Arena. “We can’t wait to create an exciting atmosphere for the student-athletes during the championships and to showcase our city and provide a world-class championship experience for the players, coaches and fans during these marquee events.”

TCU has also been a key partner in securing NCAA events to Fort Worth.

“This is an incredibly exciting and historic day for Fort Worth,” said Jeremiah Donati, director of intercollegiate athletics for TCU. “Being able to attract a marquee event like the NCAA Women’s Basketball Tournament to our city is a great example of the partnership between TCU, Fort Worth and Dickies Arena. We are honored to serve as the host institution. With great pride, we look forward to welcoming universities and their fans from across the country to Fort Worth and sharing with them how much our city and community have to offer in addition to enjoying March Madness in a new world-class venue.”

In this article:Dickies Arena, featured, ncaa basketball
Up Next: