Q and A with Jarrod Morris
Advertisement

REVOLUTION: Music of the Beatles - A Symphonic Experience 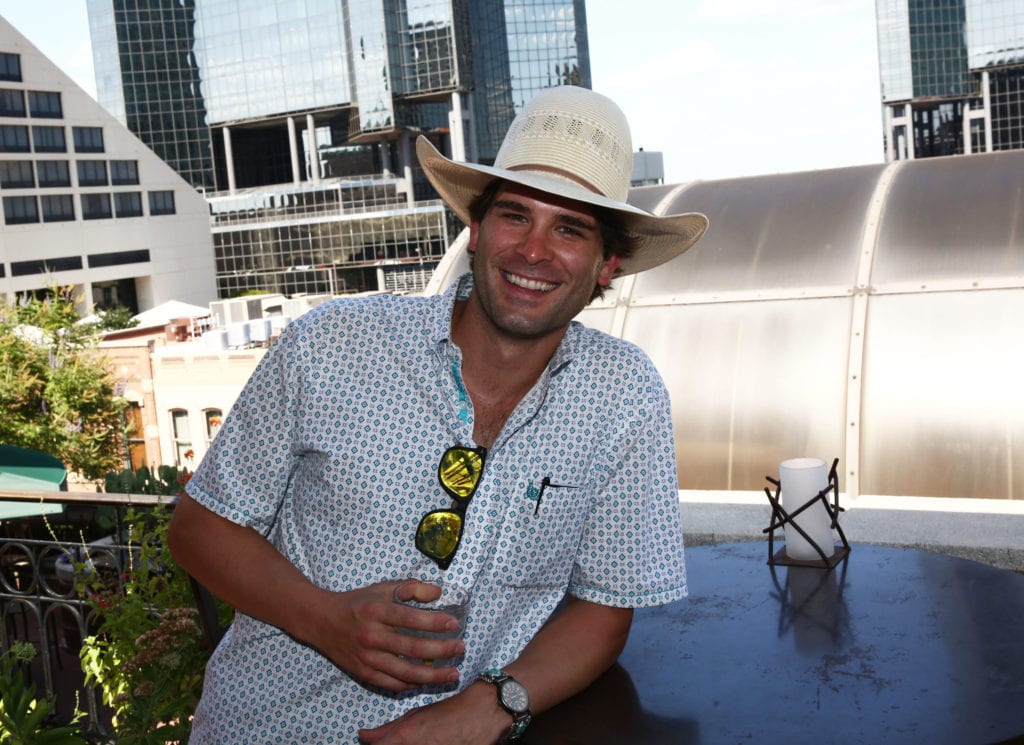 Q and A with Jarrod Morris

Jarrod Morris took the time for some Q and A during the celebration of the release of his new album “West of East” at the Reata in downtown Fort Worth.

V.H. You moved to Texas from Florida when you were a kid, Is that when you picked up the guitar for the first time?

J.M. No It was a few weeks ago…naw, I’m just kidding. We moved out when I was in the third or fourth grade, but I really didn’t get into the music thing until I was in high school. I was in choir all through high school, but I always got in trouble because I didn’t sing like everybody else, so it kind of ruined my voice for awhile, and then y’know in college you get into the whole trying to impress girls and all, just being able to sit around a campfire and play the guitar, so that’s kind of where it all started.

V.H. I have to ask… influences?

J.M. It started with stuff from the 70s and 80s, the Allman Brothers and Eric Clapton, Marshall Tucker, the Eagles and people like that, Bob Seger was a big one. And then naturally growing up in Texas in the 90s and early 2000s, all the country standards from that time are a background to everything you’re at growing up. So I think those things subconsciously were huge influences. And then there’s dabbling in different stuff, punk rock and whatnot, and then sort of figuring out there’s something to this classic country stuff, something just stripped down and honest and sincere, so I started gravitating more to that. 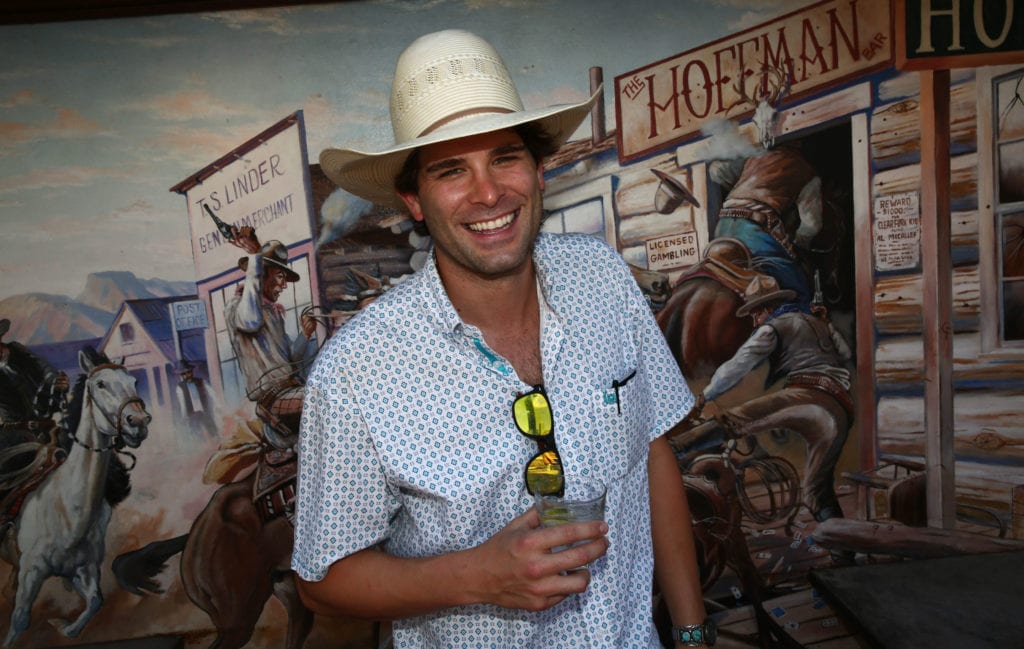 V.H. What do you listen to when you’re not listening to country?

J.M. Well, I listen to a lot of country. Nowadays it’s called Americana or Folk, but to me it’s country. There’s just a ton of guys out there writing great stuff like Ross Cooper, Ryan Bingham, the Michigan Rattlers, Nikki Lane, Sam Outlaw… there’s a whole slew of them.

V.H. So you’re a horse-shoer by day, a songwriter by night. Tell me about that.

J.M. It sucks. ( Laughter ) Yeah I’m a horse-shoer. Monday through Wednesday I’m shoeing horses, trying to pay my band on the weekends. I live north of Denton so there are a lot of show horses, and my wife runs barrels so I do a lot of barrel horses.

V.H. So the horses are paying for the band?

V.H. Have you had a chance to play with any of your musical idols?

J.M. Well I’ll tell you what, I did win a songwriting competition at the Larry Joe Taylor Festival, and I got to meet Larry Joe Taylor, who’s now my manager, who’s sitting right here. When I entered I got picked to be in the first round and I was like “Dang, look at this.” I was standing with my wife and I said, “I think that’s Larry Joe Taylor,” and she said, “Go introduce yourself.” So I did and he said, “Don’t walk up and talk to me.” ( Laughter )

V.H. So Mr. Larry Joe Taylor I heard you helped out on Jarrod’s latest album.

L.J.T. Yeah, I did a bit of mixing. I was just kind of there as moral support and direction…and I would go get lunch. And yeah, I convinced Loyd Maines to come up and help out on the record and Darryl Dodd, and David Grissom, and all these great players. I feel the songs deserve the best players in Texas and in the world, as far as that’s concerned. And I think we made a great record. 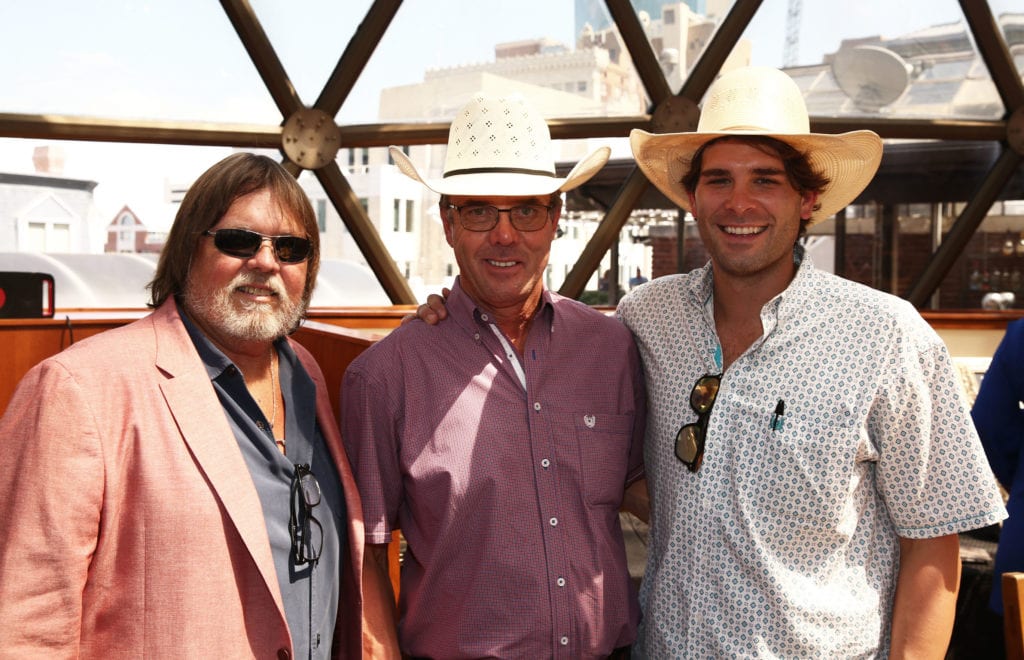 V.H. You played the Larry Joe Taylor Festival this year, how was that?

J.M. All of the stuff that Larry puts on is freaking so phenomenal, and I don’t just say that cuz he’s sitting here. Like they’re all so good, and the people are like, I think they’re kinda trained a little bit, when an artist gets up and talks about a song they wrote and the meaning behind it they get really silent, which is pretty cool. You hear people say they only get that in Europe and stuff, or Japan, where people are really silent and respectful when musicians are telling their story, but you get that in Stephenville. I mean the LJT festival gets rowdy, but there’s a whole other part of that, there’s thousands of people just sitting there in a chair with their beer, and they don’t make a peep, just listen to music for hours. I can’t go to Illinois and have people like that.

V.H. Do you see yourself doing this in like 30 years?

J.M. What? Being interviewed by you? (Laughter) I hope so man, cuz my only other option is shoeing horses.I’m not physically going to be able to do that in 30 years. That’s what I was telling old Tuff Hedeman here at the party. He rodeos, rides bulls, badass – badass, and we were talking about shoeing and stuff, and I was telling him growing up I had a good childhood and acted like an idiot most of my life, and so I never really had that other side of the railroad tracks thing, where it was make or break, and now I wake up in the morning and I’ve got a wife and I’m hustling and it’s like, dude, I cannot be shoeing horses for the rest of my life, like I gotta make this happen..

V.H. Well I will let you guys get back to the party. And thanks for taking the time to answer a few questions.

J.M. It was great talking to you. Thanks!