Quotes from Mavs vs Spurs
Advertisement 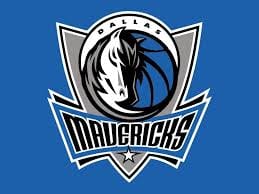 Quotes from Mavs vs Spurs

with a more physical posture and we just didn’t do it. We got some good things going in stretches throughout the game but  the NBA is a league where you’ve got to sustain over 48 and we didn’t do that tonight. Made a good run at the end but it’s  hard to live on late-game comebacks. It’s a disappointing loss.”

(On not double-teaming DeMar DeRozan on the game-winning shot…)

“To clarify on the DeRozan last shot, we talked about the possibility of going but we elected not to. We elected to let [Dorian  Finney-Smith] guard him straight-up. In hindsight, we obviously should have gone and that’s on me. That’s my decision. That’s  a detailed description of it.”

“He (Luka Dončić) reminds me of Luka Dončić. He’s been this good. He’s gotten better over two-and-a-half years. He’s been  good in the post ever since he came here. It’s a great skill. Tonight, San Antonio was mixing up some late double teams. He  does both; he gets the catch, he sees the floor. The great ones like him — [Jason] Kidd, [Larry] Bird and LeBron [James], Kobe  [Bryant], those kinds of guys — it’s like they have eyes in the back on their head. He was great in the post all night long.”

(On San Antonio’s quick starts to each quarter and whether or not the Spurs were more aggressive…) “Yeah, I think that’s a simple answer. We’re a team that’s still learning some lessons about just keeping our guard up,  navigating through a very busy schedule, etc. It’s not an excuse, it’s just a fact. We’ve come a long way over two years since  we’ve kind of had this group together. We’ve got a quick turnaround. We’ve got one of the best teams in the league coming in  tomorrow. This will be a good test for us.”

“Very disappointing. That’s all I have to say.”

(On the potential double-team of DeMar DeRozan…)

(On the international players bringing the game to a higher level, specifically Joel Embiid…)

“He’s [Joel Embiid] playing on an amazing level, he’s in the MVP conversation of course. Their team is winning and he’s an  amazing player. Hopefully we win the game, that’s what I hope for.”

(On the difficulty of fouling out tonight…)

“Yeah, especially toward the end. A couple of touch fouls that the ball goes in. I was actually trying to avoid him, but there  was a little bit of contact and they called it. That one I probably should have fouled him hard or make him shoot two free  throws or just let him score so I’m not in foul trouble. Those things happened and a lot of times I’m out of position and I’m  helping my teammate and I turn around and the guy is already going up and I kind of touch him without even wanting to  touch him and it’s a foul and that’s how it goes. The DeMar DeRozan one I was coming for the block. I clearly was going to  get the block, but he’s good, he leaned back and I hit his head a little bit to foul. That was it and it’s tough one obviously, I  want to be out there, and we had a chance to win the game. DeMar hit a huge shot and hats off to him. It shows how hard it  is to win every night against an NBA team.”

(On his overall game right now…)

“I’m feeling good. Just playing my game. Trying to find the opportunities within our offense, taking care of my body and  working on my game. Being who I am and showing up and living with the results.”

“It’s a balance, right? You don’t want to play too soft letting everybody drive on you and not foul. On the other end you have  to be smart and you have to make sure you don’t commit a dumb foul for no reason. That one (on DeRozan) I wasn’t trying  to foul. As I said, I was trying to get the clean block and he was leaning back a little bit and hit my arm or forearm, I don’t  remember. Just got to be smart with it and it’s not even about the late-game ones. I feel like there’s some I could have been  in a better position to avoid the early ones maybe where I’m not in that position at the end of the game. Just got to be smart  and keep learning the game, keep learning situations, and that way I’ll be a step ahead of everybody.”

(On the reasons for the loss…)

“Honestly, I don’t know if there is a big reason that we lost. I think they were just playing hard on us for part of the game, I  think we dug ourselves a little hole in the fourth that was a little too deep to get back. But I think we fought back and gave  ourselves a chance, so I’m proud of that and now we’ve got to brush it off and be ready to pop tomorrow.”

(On how to process the loss…)

“I don’t think that we played a terrible game honestly. Like what you said, just be a little bit better going forward and little bit  more locked in for 48 instead of maybe 43 or 44 then I think it’s a different ballgame.”

(On the season being compact…)

“It’s tough. It’s different, instead of not as many practice days, you got games. We just came off a three of four days, which is  tough and we’re right into a back-to-back, but it’s what we signed up for. We’ve got to do our best to be ready and go out and  fight every night.”

(On how they were able to pull the win out…)

“I don’t know what you mean by pull it out. We played hard and won the game. I thought a lot of people participated and  played very aggressively, played to win, and came up with a victory.”

“Offensively, everything runs through him. D.J. [Dejounte Murray] and Derrick [White] are kind of sharing the point guard  duty. Dejounte is becoming more and more comfortable with being that guy at the point, but DeMar is our scorer. He has  taken on the responsibility all year long and he’s got courage. He misses some of them and he makes some of them, just like  everybody through the ages, but he just comes back and does it again. He doesn’t worry, kind of like a hitter in baseball.”

“Yes, that is a great point, we could have used him. He’s aggressive defensively. Offensively, obviously, it is another person  who can score that the other team has a difficult time guarding. To have him back with the group is significant.”

(On how well they defended Luka Dončić…)

“It was great. He is a great player and there is no way you are going to stop him but overall we were very active on him and  made him work.”

(On hitting the game-winner…)

“Honestly, just trying to get to my spot knowing the clock. Take my time, not rushing, and just going to the move I’ve worked  on so many times. Concentrate and knock down a shot.”

(On finding his rhythm early tonight…)

“It was a combination of a little bit of everything. Teammates getting into the zone. Picking and choosing my spots, wanted  to be aggressive. Third quarter I just tried to come out and be a lot more aggressive trying to set the tone for us and let it  carry over from there. It came down late in the game and I just kept the attack mentality and took what they gave me.

(On how tonight’s win can lift the team’s spirit…)

“You need to get that first snowball to kind of go down the mountain to start an avalanche, in a good way and that’s what  we’re hoping for. It could come any type of way. We hopeful a game like this versus a good team that’s ahead of us could  kind of catabolite us in the right direction and we all feel it. we all know it. that’s what’s fun. That’s what great about  challenges, sometimes, I’ve always been a person to kind of take on adversity because it makes a man out of you in a  positive way if you approach it that way.”

(On the Spurs getting off to a good start tonight…)

“I think it’s important. Starting with us young guys. I think we have the capability of defending at a very high level and just  getting that juice going and showing the older guys that I know can adjust to us and play hard just like us, so I think it’s  important. Consistency is just the important thing. It’s a long season, lot of ups and downs but no excuses. We just have to  figure it out together.”

(On his confidence in DeMar DeRozan…)

“I got a lot of confidence in him. That’s somebody that when he first got here, we built a relationship. I would go to the gym  at night and see him practicing those shots so, it’s crazy to see him finally hit one for us. I’ve been waiting for that moment  to just see him do that. It’s great. We believe in him, make or miss. They double, we want him to take it. Kobe [Bryant] would

have taken it with five guys on him. In this league you got guys, you know Lou Williams actually told me, ‘he’s a great person.  You’re going to love him from day one. He’s a hell of a worker and he’s just a solid dude.’ And DeMar’s checked off every  single thing on the list, as a person, as a basketball player, since I’ve been around.”

In this article:
Don't Miss: