Speedway Children’s Charities-Texas is a longtime partner of Tarrant Area Food Bank, which serves other food banks throughout North Texas

It takes a lot of pre-event planning for food service providers Levy Motorsports and 7-Eleven when more than 100,000 fans invade Texas Motor Speedway for the June INDYCAR/NASCAR race weekend, and invariably that means there’s product left over when the weekend ends. That’s when Speedway Children’s Charities-Texas and the Tarrant Area Food Bank (TAFB) utilize their longtime partnership to step in and make sure nothing goes to waste. 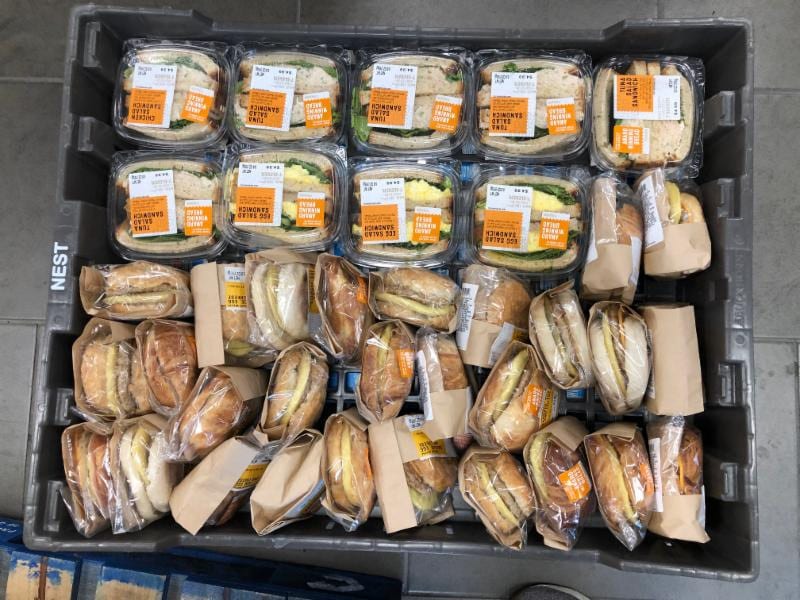 TAFB was on site at TMS Tuesday morning stocking up on perishable items from both the on-site 7-Eleven convenience store and Levy Motorsports’ concession areas, grabbing items ranging from packaged sandwiches and meats to fruits and vegetables and even bottles of unopened milk products.

Click HERE for video of today’s donation pick up.

“During a race weekend we at TMS like to talk about the huge number of food and drinks that are sold, but at SCC-Texas we asked, ‘What about everything that’s stillhere when the weekend ends?'” SCC-Texas Director Marissa Chaney said. “Because of our great partnership with the Tarrant Area Food Bank, it didn’t take long to realize that we could turn all these left-behind items into meals for families in need. It was a no-brainer.”

The Tarrant Area Food Bank works as a distributor for hunger-relief charities in 13 North Texas counties, meaning this food could have a big impact across the DFW Metroplex and possibly beyond.

Selling the idea to Texas Motor Speedway’s food service partner, Levy, and to Irving-based 7-Eleven was no problem.

“Being two companies with strong ties in North Texas – Levy here at the track and 7-Eleven through its local headquarters – providing food to local families was a natural selling point,” Chaney said. “To be able to feed our race fans over the course of a long weekend and then many others throughout the region after that is really a blessing for everyone involved.”

Levy’s piece of the donation comes through its Levy Cares program. One tenet of that program is to the community, where Levy joins up with local food pantries to feed the hungry.

Food totals from this week’s donations will be available at a later date.

SCC-Texas Chapter has made a lasting impact on children in North Texas since its inception in 1997 by awarding more than $10.85 million in grants to area children’s organizations. The funds are raised through special events held throughout the year, with the majority of them centered on the three major race weeks at Texas Motor Speedway. SCC-Texas earned the Million Meals Award from the Tarrant Area Food Bank in early 2019 for its many years of partnership and support of TAFB, resulting in more than one million meals being served to neighbors in need.

Tuesday Evenings at the Modern