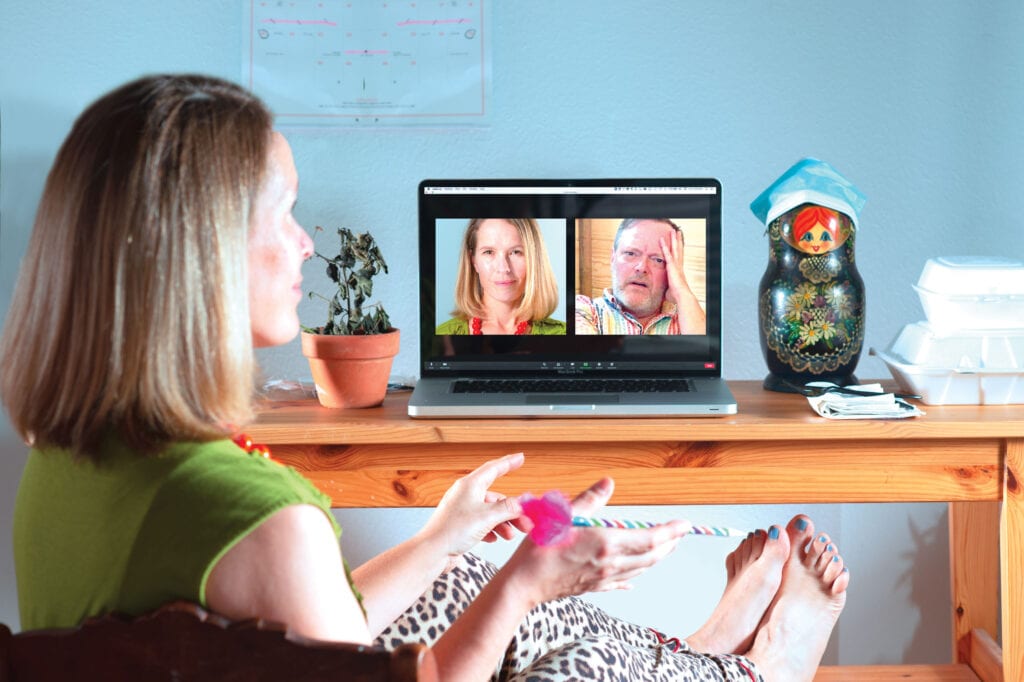 (Fort Worth, Texas)  Stage West is pleased to announce that it will be presenting October Playlets, three short plays written specifically to be live-streamed, from October 8-18.

The Playlets consist of Hey Stranger, by Steph Del Rosso, Intro to Fiction, by Ken Urban and Boredom, Fear and Wine, by Craig Pospisil. 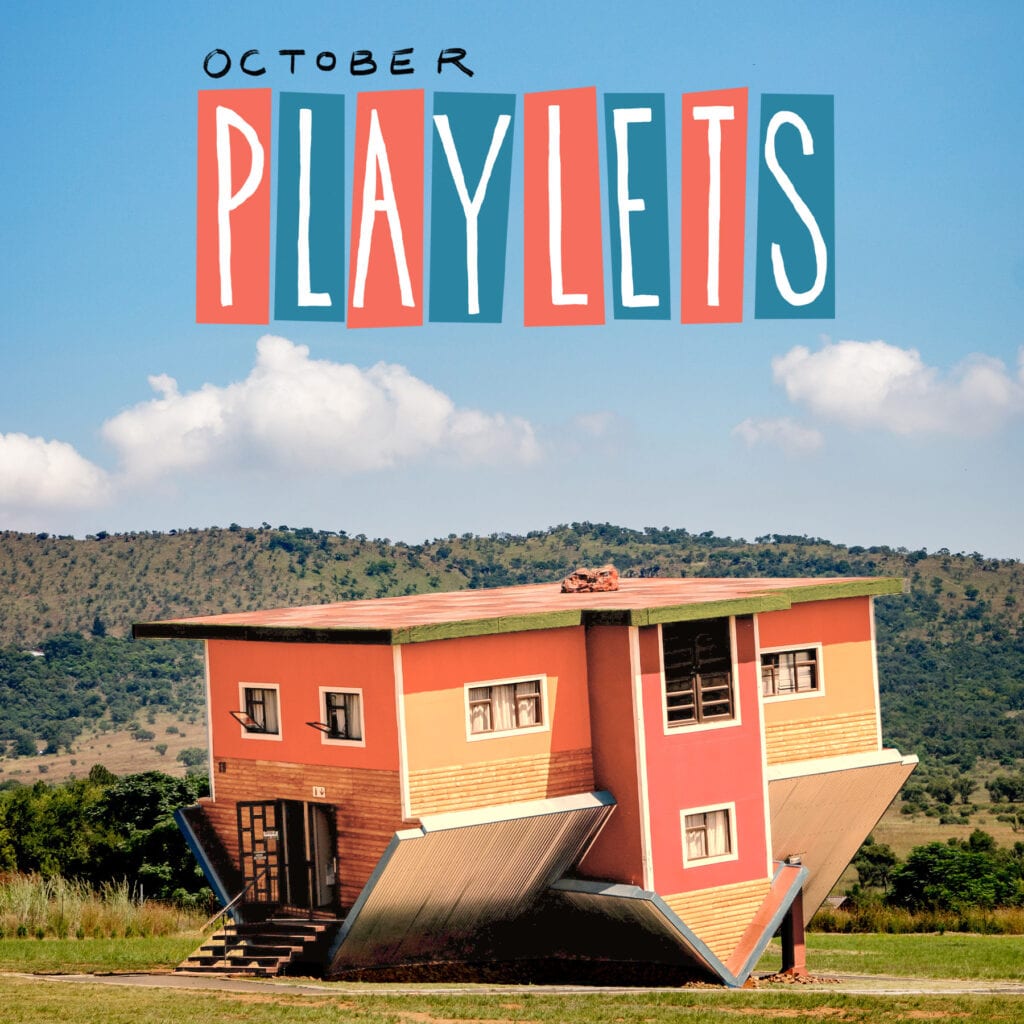 In Hey Stranger, Eve and Gideon are catching up for the first time in years after a messy breakup. As old feelings and new curiosities arise, the purpose for this reunion is revealed – and everything that could possibly go wrong, does. A comedy about mixed signals, loneliness, bad internet connection, and one very precocious high schooler.

Intro to Fiction centers around Ryan and Clara, a university professor and his student. During virtual office hours, Ryan discusses Clara’s latest short story, which feels a little too familiar and a little too close to home. As they grapple with what is real and what is fiction, teacher and student must both reckon with how to write a good ending. A touching piece about where we find inspiration and how we honor it.

Boredom, Fear and Wine features Harper and Jess, who are meeting online for a virtual therapy session in the midst of a global pandemic. Between the disease and being confined at home, Harper is at wits end. Jess tries to be a sympathetic ear, but things are not quite as they seem and the session goes off the rails. A short farce about breakdown in lockdown.

The three pieces were written for online theatre, and each is set in a virtual meeting space. Instructions for accessing the online performance as well as the passcode for the live stream will be sent to patrons via email. All three of these will be broadcast with professional equipment, and the live feeds will be interwoven in real time by a technical director. Stage West audiences should find it to be a highly entertaining evening (or afternoon) of theatre.

Steph Del Rosso is a playwright, television writer, and educator. Her play Fill Fill Fill Fill Fill Fill Fill received its world premiere at The Flea Theater in 2018 and was developed in the Soho Rep Writer/Director Lab. Other plays include 53% Of, Are You There?, Machinalia, and You’re Crazy – A Play with Karaoke. She is currently pursuing her MFA in Playwriting at UC-San Diego, where she studies with Naomi Iizuka.

Craig Pospisil is an award-winning playwright and filmmaker. He is the author of the plays Months On End, Somewhere In Between, The Dunes, Life Is Short, and the collection Choosing Sides, all published by Dramatists Play Service. His works in progress include The Poles of Inaccessibility and Water/Music. He is a six time Heideman Award finalist, and received the Kennedy Center/American College Theatre Festival’s award for Excellence in Playwriting.

Ken Urban’s plays include Sense of an Ending, The Correspondent, A Future Perfect, The Awake, and The Happy Sad. His plays have been produced in New York by Rattlestick Playwrights Theater, the Amoralists Theatre Company, 59E59 Theatres, the Summer Play Festival at the Public, and Studio 42. His work has also been produced at Theatre503 in London, First Floor Theater in Chicago, and SpeakEasy Stage Company in Boston.  (Full bios of all three playwrights can be found at www.stagewest.org/season/october-playlets.)

October Playlets will be directed by Tiffany Nichole Greene, who works with the Dallas Theater Center as Regional Casting Director, and who directed last year’s national tour of Hamilton.  The cast features: Hey Stranger: Mitchell Stephens (who appeared in our recent presentation of Everything Will Be Fine), Liz Tancredi, and Carrie Viera, Intro to Fiction: Vero Maynez and Steven Pounders (last seen at Stage West in Ada and the Engine), and Boredom, Fear and Wine: Stage West’s Dana Schultes and Mark Shum. Liz Tancredi, Carrie Viera, and Vero Maynez are making their Stage West debuts.

October Playlets will run Thursday, October 8, and will run through Sunday, October 18.  Performance times will be Thursday evenings at 7:30, Friday and Saturday evenings at 8:00, with Sunday matinees at 3:00.  Ticket prices per household will be $25 for Early Bird buyers through October 1, after which they will be $30. There will also be VIP tickets available for $35, which will include a link for a separate, moderated 20-minute pre-show talkback with the director or one of the playwrights.

Intro to Fiction by Ken Urban