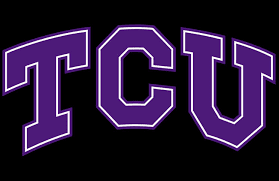 For just the second time in their history, the Horned Frogs will begin a season with four consecutive home games. The only other occurrence was in 1979 when TCU began the campaign against SMU, Tulane, UTA and Arkansas.

After opening the season Sept. 4 versus Duquesne, the Horned Frogs will host California on Sept. 11. In their only previous meeting, the Horned Frogs defeated the Golden Bears 10-7 in overtime in the 2018 Cheez-It Bowl. Under Head Coach Gary Patterson, TCU is 7-0 against Pac-12 teams.

TCU’s Sept. 25 home game versus SMU will mark the 100th meeting in the Battle for the Iron Skillet. The Horned Frogs have won 11 of the last 13 contests and 17 of the previous 20 against the Mustangs with a 51-41-7 overall lead in the series.

TCU’s 10th season in the Big 12 will begin with an Oct. 2 home game against Texas. Since joining the Big 12, the Horned Frogs are 7-2 against the Longhorns.

After leaving Texas just twice last season, TCU will make four out-of-state trips in 2021. Following an Oct. 9 contest at Texas Tech, where they have won three straight games for the first time in program history, the Horned Frogs will head to Oklahoma (Oct. 16), Kansas State (Oct. 30) and Oklahoma State (Nov. 13) before closing the regular season at Iowa State (Nov. 27).

In this article:featured, football, tcu
Up Next:

Post game quotes from Mav’s win over the T Wolves