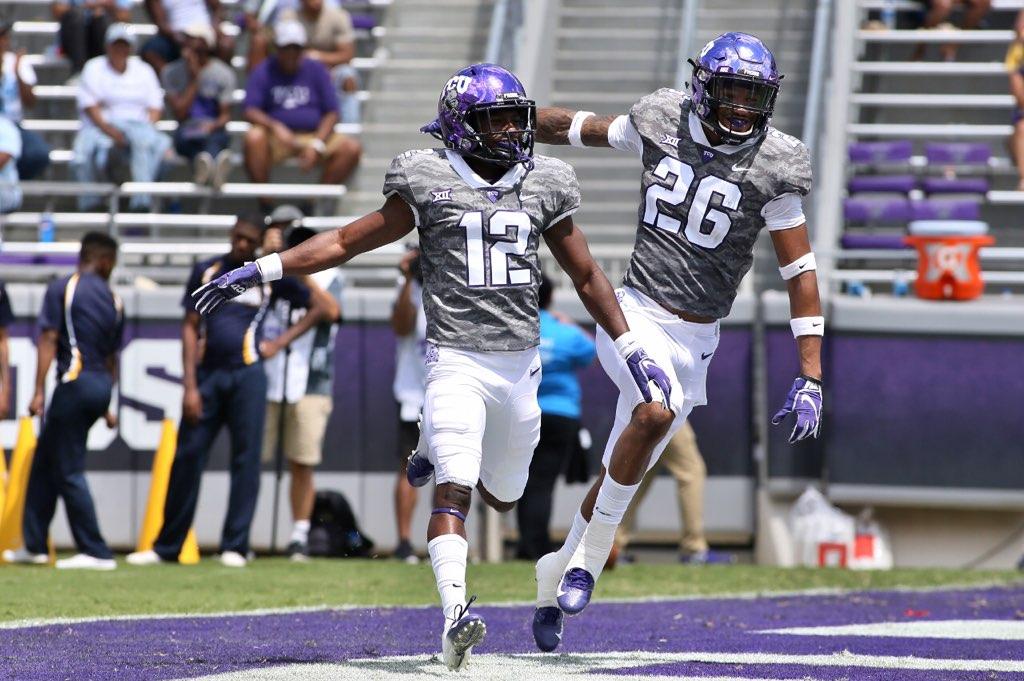 TCU cornerback Jeff Gladney was selected to the watch list for the Bronko Nagurski Trophy, recognizing the best defensive player in college football.

Gladney was an All-Big 12 selection in 2018. He tied for second nationally among cornerbacks last season in lowest completion percentage allowed (33.3, 23-of-69) when targeted. Pro Football Focus rated him No. 1 in the Big 12 in lowest passer rating allowed (46.9) with a minimum of 200 coverage snaps. He also ranked No. 1 in the conference in only surrendering a reception every 16.5 coverage snaps.

Gladney had a team-best 13 pass breakups which placed second in the Big 12. He tied for the TCU lead with two interceptions with both picks coming in the final two games, wins over Oklahoma State and Cal. His pick and a career-high four PBUs in the 31-24 victory over the Cowboys came while defending OSU wide receiver and Biletnikoff Award finalist Tylan Wallace.

A senior from New Boston, Texas, Gladney has made 32 career starts, the most among active Horned Frogs, and has TCU’s longest active streak for consecutive starts with 22.

Gladney has also been named to watch lists for the Lott IMPACT Trophy, the Jim Thorpe Award and the Bednarik Award. He was also selected to the 2019 Media Preseason All-Big 12 Football Team.