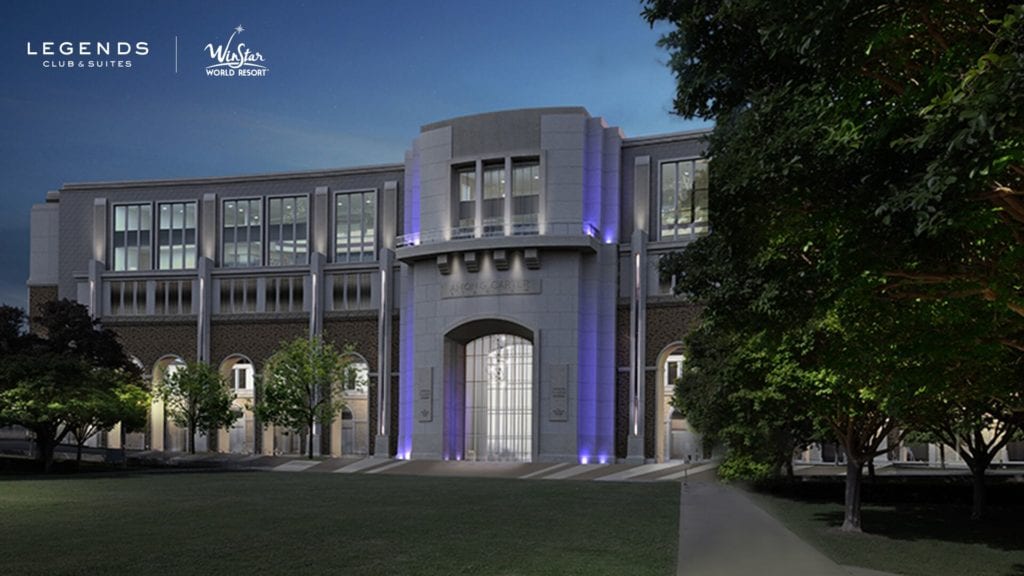 TCU Director of Intercollegiate Athletics Jeremiah Donati announced today WinStar World Resort will be the presenting sponsor of the new Legends Club & Suites which is set to open spring of 2020.

TCU’s Amon G. Carter Stadium’s east side expansion includes the Legends Club & Suites presented by WinStar, which will include 48 loge boxes with two private clubs, more than 1,000 club seats and 22 luxury suites. A ribbon-cutting ceremony for the new facility is planned for March 28.

“WinStar and TCU Athletics are both big contributors to the entertainment and hospitality landscape in North Texas,” said TCU Director of Intercollegiate Athletics Jeremiah Donati. “WinStar has been a tremendous partner to the TCU family over the past several years. Their support of our stadium expansion and becoming the presenting sponsor of the premium spaces therein further aligns our two brands in a way that will bring enhanced entertainment and hospitality experiences to the greater community.”

It’s a partnership with impact beyond the football stadium and the university.

“WinStar is committed to bringing the best multi-faceted entertainment experience to not only the people of North Texas, but visiting alumni and fans across the nation,” said WinStar General Manager Jack Parkinson. “The Legends Club & Suites presented by WinStar is intended for use year-round by donors, alumni and the business community. By supporting this expansion project, we are helping to bring an enhanced entertainment experience that aligns with the TCU Athletics Department’s goals.”

Donati said the new facility will be used year-round for internal functions as well as community events, business functions, conferences, large board meetings, weddings and more.

In this article:featured, tcu, WinStar
Up Next: