STAGE WEST PRESENTS-THE ART OF THE CHARCUTERIE BOARD

Eagles coming to Fort Worth 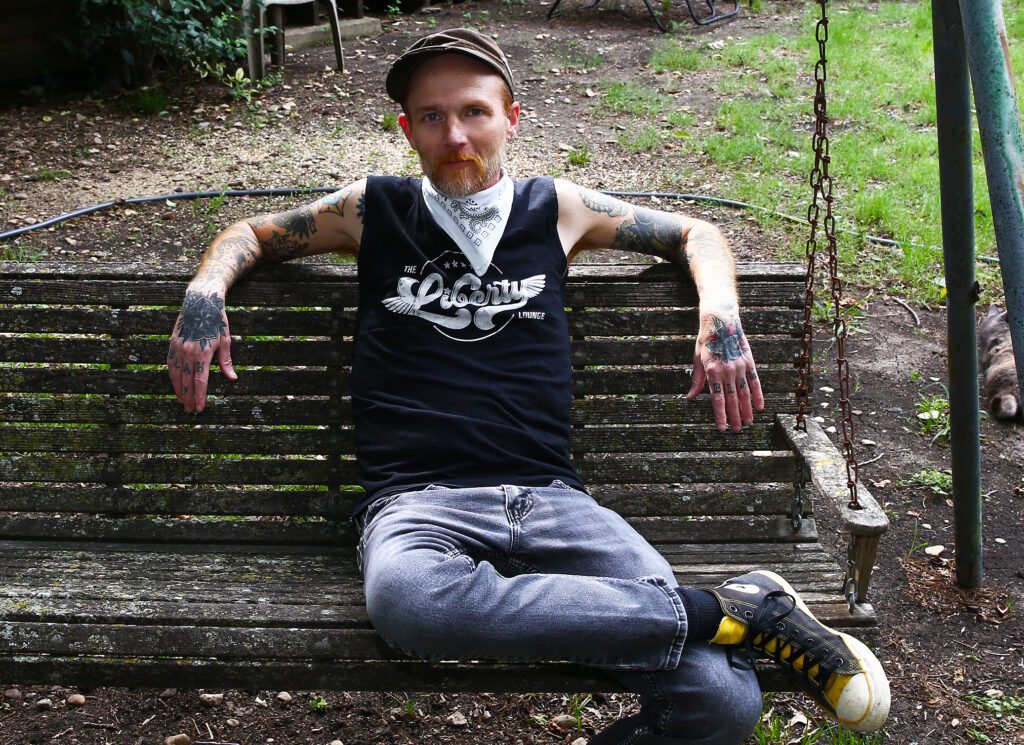 In the early 2000’s, Jack Russell started taking classes at Tarrant County College. In 2006, he began tinkering with printmaking as a hobby. Now, he’s known as Jackdaw Folk Art, and he has been a full-time artist for almost a decade. 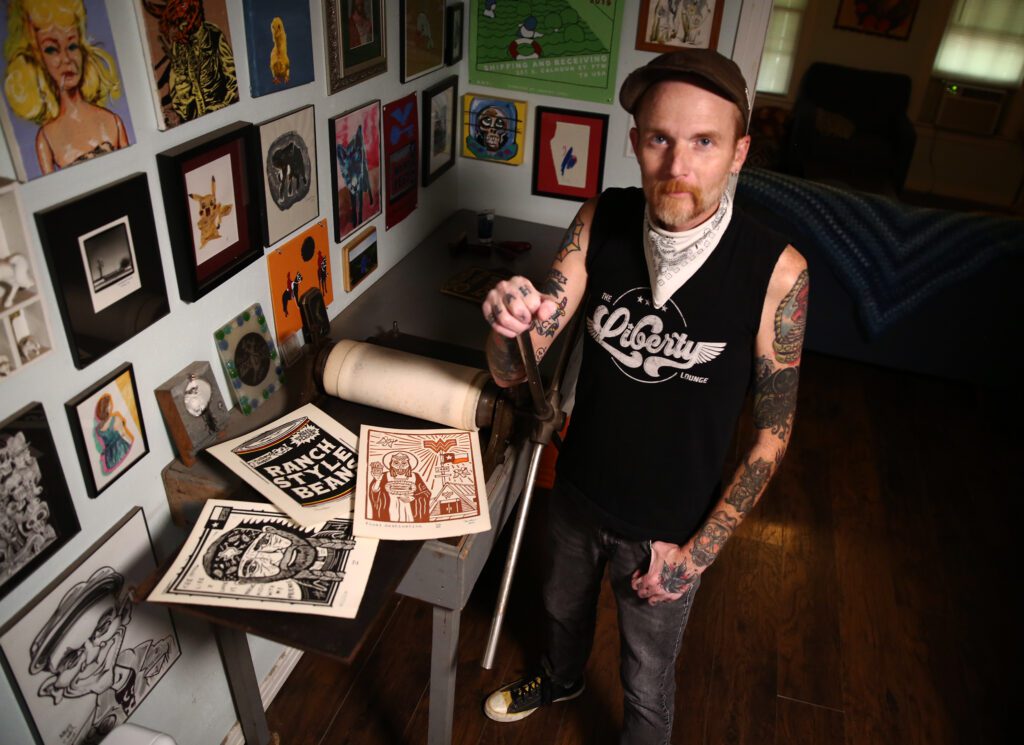 Russell’s prints are linoleum-cut designs on hand-torn, tea-stained paper. Each print has a different subject matter that highlights pop culture or local history—there is something for everybody. Designs including Dolly Parton, Willie Nelson, and Big Tex of the Texas State Fair. 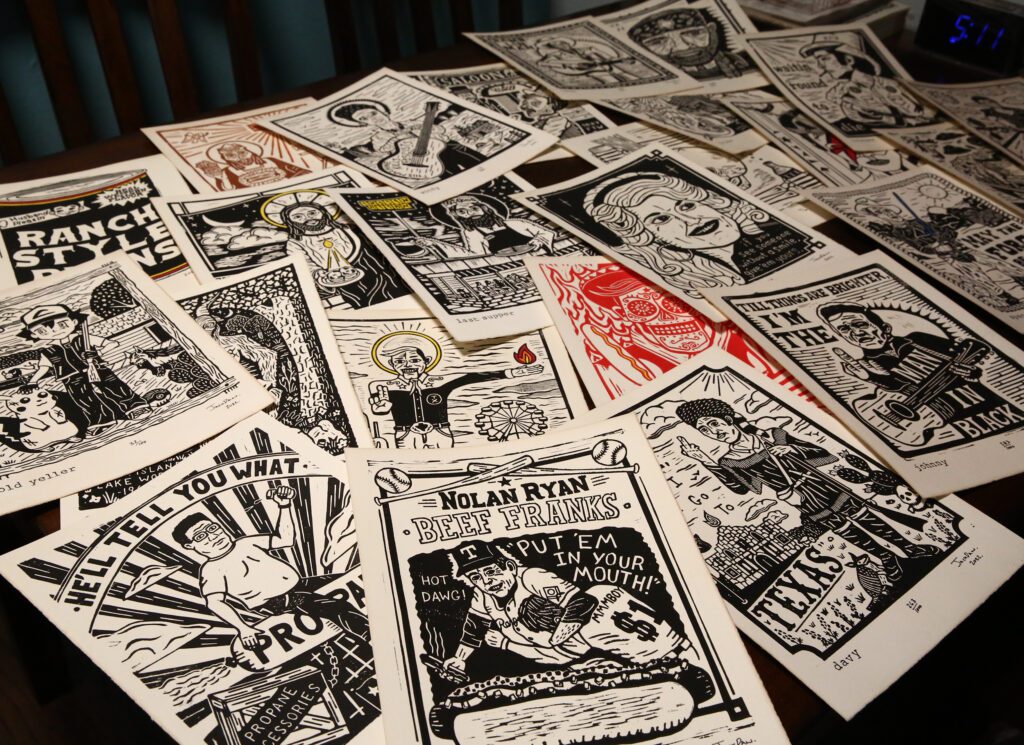 Russell recently took part in the inaugural Fort Worth Art Fair, which was held in April. The Fair’s website described the event as a “celebration of all things local,” and according to him, it didn’t disappoint.

The event, which was held in Sundance Square, showcased over seventy local artists and musicians. Artists were able to set up their art in a gallery-like tent, right in the center of foot traffic from both visiting guests and locals.

“They treated the artists really well,” says Russell. “They obviously have a great appreciation for local art and wanting to put it in front of the public.”

For him, the most important aspect of the Fort Worth art scene is the community.

“You should go into your community and see local bands and the local artists because you can meet them and talk to them,” says Russell. “With art, you can talk to the artists, find out about the art, get a more in depth take on what it is.” 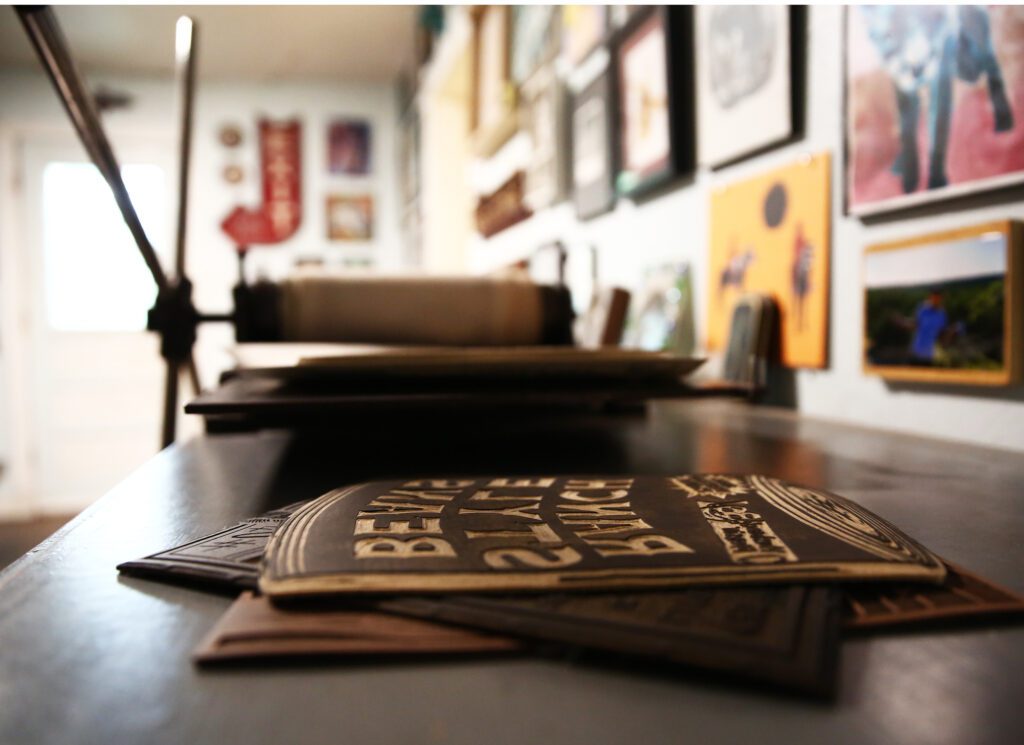 Over the last few years, the Fort Worth art scene has begun to bloom thanks to efforts made by local galleries and pop-up markets, such as Art Tooth  and Artspace 111.

Earlier this year, Love Texas Art Gallery, an expansion of Artspace 111 that displays contemporary Texas artists, asked Russell to display some of his art.

“They asked me for twenty-one pieces for one of their walls, so that’s been really great,” says Russell. “It’s a legit gallery – since I’m usually set up in a tent outside of a bar; it feels fancy.”

He also hosts the Liberty Lowdown, a monthly showcase held at the Liberty Lounge. Their next showcase will be held on June 26th, from 12 p.m. to 5 p.m.

“More people should keep an eye out, and get more involved if they are into it,” says Russell. “Don’t be scared off because you think it’s some pretentious nonsense, because I make pictures of Whataburger.”

You can find his prints in person at one of the local art shows, which he promotes on his Instagram, or on his Etsy shop, JackdawFolkArt.

In this article:featured, Fort Worth Art
Up Next: