The Worthington Renaissance Celebrates 40 Years in Downtown Fort Worth
Advertisement 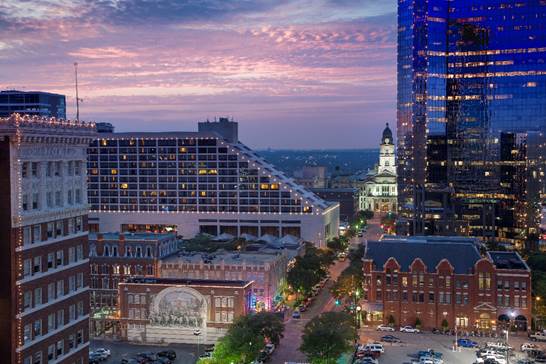 The Worthington Renaissance Celebrates 40 Years in Downtown Fort Worth

The Worthington Renaissance Fort Worth Hotel

For hotel guests and locals, they will be able to mark the occasion by partaking in exclusive offers including throwback room rates, virtual talk series, special events, surprise appearances and programming throughout April and May.

This year’s theme is #WorthingtonWorthy.

The Worthington Renaissance General Manager Drew Hayden said, “I am proud to honor The Worthington for being the iconic hotel of Fort Worth for forty years. The fact that this brainchild of Sid Bass and Charles Tandy is once again in its glory is an amazing feat. My hat must tip to our ownership, DiamondRock Hospitality, for their vision and the extensive capital investment. I also thank the “Family of The Worthington” that have called it their workplace for decades and the dozens of Worthington Alumni. We are all celebrating this moment for this iconic hotel to stand as proud as we are of it. It is once again, “Fort Worthy!” Between Toro Toro, our partnership with Chef Richard Sandoval, to our reinvented lobby and public space, The Worthington Renaissance is again a proud representation of Fort Worth and the culture within.”

The evening’s festivities are inspired by the Bass Brothers’ vision, Fort Worth’s leaders, Van Cliburn and the last four decades of the arts and events in Fort Worth, everything from Fort Worth Symphony to Caravan of Dreams to the Soviet Space visit.

Guests will travel throughout the recently renovated hotel stamping their passport to reminisce through each decade.

North Texas singer-songwriter and pianist WT Greer and his band who will perform in several areas of the hotel along with a Latin-style performance by DJ Stetra.

Eighties tribute band Black Tie Dynasty, from Fort Worth will be the chosen audio soundtrack for the transformed 80s party in the Van Cliburn Suite. Libations and appetizers from past decades will be showcased along with ice sculptures, a signature of The Worthington.

From now until May 21, subject to availability, The Worthington Renaissance is offering a special throwback rate of $198.10 per night as well as a commemorative luxury suite package for $2021.00.

Throughout April and May, with special thanks to Sundance Square, entertainment and the arts will be highlighted including pianists from TCU who will perform during a special daytime schedule that will be posted on the hotel’s Facebook page.

What may surprise people is that the 504-room hotel started out as Hotel Americana on April 1, 1981, and very shortly thereafter became known as The Worthington.

Sid Bass of Bass Brothers Enterprises, comprised of all four Bass Brothers, struck a deal with the late Charles Tandy to redevelop several city blocks in the late 70s that were once home to department stores Leonard’s and Stripling’s. They wanted something modern that would enliven the city’s center.

In a 1998 Texas Monthly article entitled Wowtown! by Joe Nick Patoski, Sid Bass said, “To restore the center enhances the entire city.” The Worthington was the first major new build in their efforts to achieve that goal in downtown Fort Worth.

Guests were serenaded by piano during pre-dinner festivities in the Van Cliburn and Performing Arts Suites before heading to the Grand Ballroom.

The ticketed event raised $180,000 for the Fort Worth Art Museum. It was one of the first events to start the trend of corporate events funding the arts. Performances included a Maypole Dance from Madame Danilova and 16 of her students from School of American Ballet in New York City, piano from Jimmy Lyons of the Waldorf-Astoria, The Bill Harrington 11-piece Dance Orchestra, and The Texas Little Symphony. The theme of the night’s gala was to signal the rebirth of business and cultural interests in downtown Fort Worth.

The Van Cliburn and Performing Arts Suites still exist today and have been modernized with resplendent, panoramic views of Fort Worth intact.

In the 80s and 90s, The Worthington hosted many milestone events such as a visit from President George H. W. Bush, Frank Sinatra, Van Cliburn, Ornette Coleman and a contingent of astronauts from the Soviet Space program.  From those decades to today, it has hosted the Jewel Charity Ball for many years for Cook Children’s as well as many other fundraisers for Girls Inc., A Wish with Wings, Bobby Bragan Sports Foundation, Fort Worth Symphony Gala, Camp Fire, Fort Worth Man & Woman of the Year, Lone Star Film Festival and UNT Health.

Celebrities who have visited, attended events and/or stayed at the hotel include Harrison Ford, Bill Paxton, Jane Seymour, Luke Wilson, Treat Williams, and countless recording artists, athletes and media personalities over the years.

Now, more than ever, is a time for all of us to come back together and reintroduce ourselves to each other and to all the things that make the City of Fort Worth the great place that it is and always has been.

Those history buffs and Fort Worth lovers can tune in virtually to the ‘Worthington Worthy’ Talk Series each week to hear Fort Worth stories from trailblazers from all generations at Noon for a 30-minute conversation on Facebook Live from The Worthington Renaissance’s Facebook page.

Schedule of weekly participants will be updated daily.

In Winter of 2019, DiamondRock Hospitality, the hotel’s current owners, brought in world-renowned Chef Richard Sandoval to open his first Toro Toro Pan Latin Steakhouse in Texas on the first level of the hotel.

All month long in April, Toro Toro’s Chef de Cuisine Rafael Villalpando is offering a special retro menu of crafted cocktails and dishes in honor of the occasion. 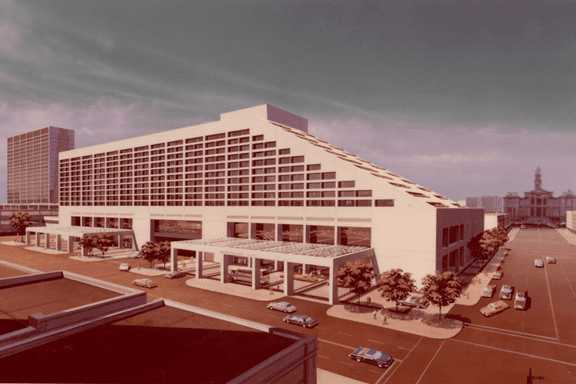 In this article:hotels, Sundance Square, Worthington Renaissance
Up Next: