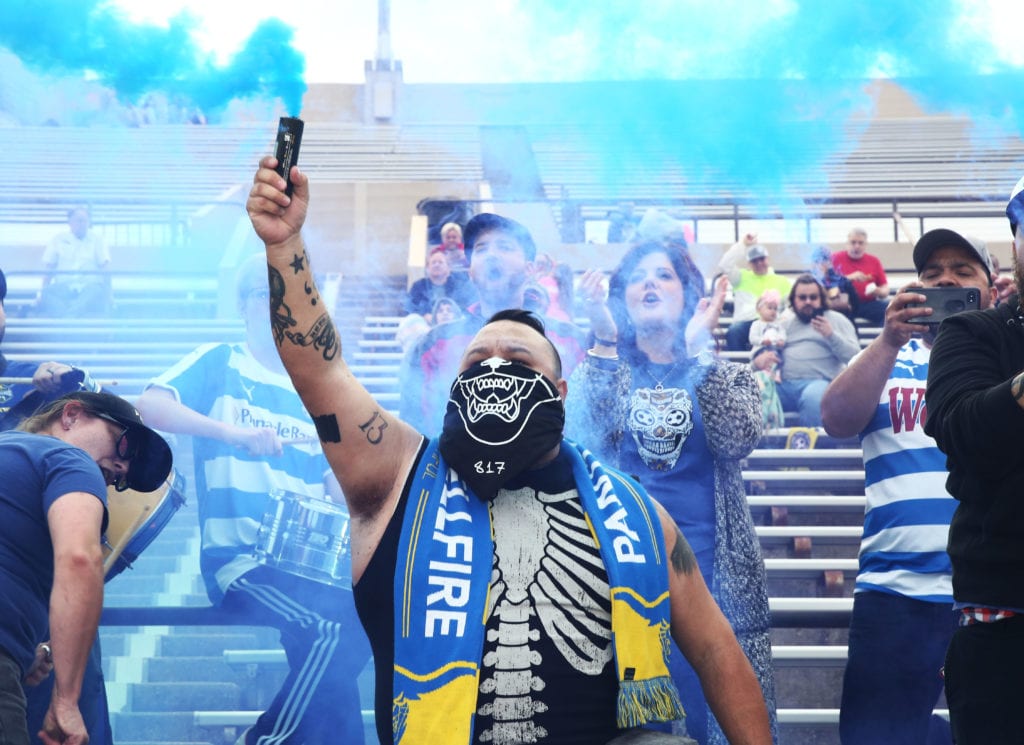 LAREDO, TX _ The Vaqueros found themselves amid a wild matchup against the Heat on Saturday and walked out of South Texas with a 3-3 draw against Laredo and a playoff berth.

The victory clinched a playoff spot in the Lone Star Conference tournament, as the Vaqueros can finish no worse than fourth. Fort Worth would need help but could still finish first in the conference table.

“The boys gave everything they had to try and get the win but there were too many first half mistakes to overcome,” Vaqueros coach Nick Stavrou said.

The Vaqueros along with the Midland/Odessa Sockers and the Denton Diablos locked up playoff spots on Saturday. Laredo and Dallas City are vying for the final playoff berth. The No. 1 team at the end of the regular season will host the conference tournament and face the No. 4 seed on July 11. Nos. 2-3 will square off the same day with the conference championship to take place July 13.

On Saturday in Laredo, Fort Worth took a 1-0 lead off a brilliant turn and blast from forward VcMor Eligwe.

However, Laredo roared back to take a 2-1 lead at the half.

Fort Worth knotted things up when Anthony Powell was yanked down in the penalty area. Alan Rovira converted the spot kick to level the score at 2-2.

Once again, Laredo took the lead 3-2 before Fort Worth fought back again. This time around Eligwe fed Powell for the game-tying goal in the 78th minute.

Both sides finished the match short-handed after each team picked up a second half ejection. The Vaqueros lost JJ Oteze to the red card in the 73rd minute while Laredo was shown red in the 65th.

Fort Worth returns to action in an important match against rival Dallas City on Wednesday at the DCFC Complex located at 6375 Collin McKinney Parkway, McKinney Texas 75070. The match is slated for a 7:30 p.m. kickoff.

Vaqueros draw with Midland in a staunch test.