Vaqueros draw with Midland in a staunch test.
Advertisement 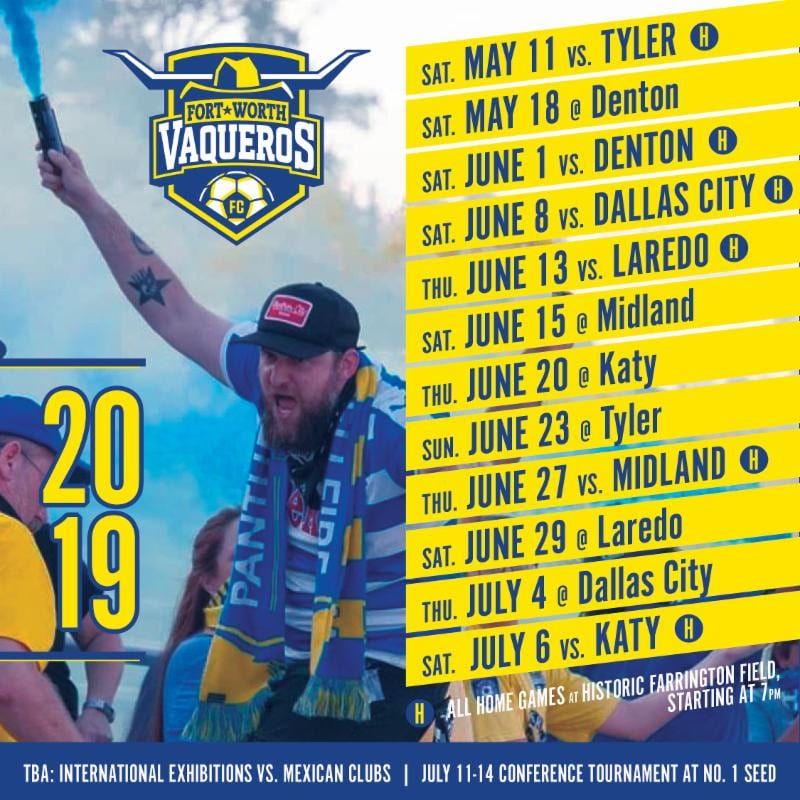 Vaqueros draw with Midland in a staunch test.

FORT WORTH _ After 90 minutes, the only thing certain is that the Vaqueros and Sockers are two pretty evenly matched teams.

Midland/Odessa tied Fort Worth 0-0 in a hotly contested matchup that leaves both teams with 6-1-2 records and 20 points in NPSL Lone Star Conference play.

“It was a good battle, two good teams going at it,” Vaqueros coach Nick Stavrou said. “Both teams had opportunities to win the game, but in the end it was a fair result. Now, we’ve got to move forward to Saturday at Laredo and go and earn ourselves a victory.”

Fort Worth goalkeeper Ammon Borjas kept the Vaqueros in the match throughout including a spectacular save in the first half on a 1-on-1 breakaway.

Both sides had a player ejected in the 77th minute after a shoving match ensued in the Vaqueros defensive half of the field.

The Vaqueros take on fourth place Laredo at 8:15 Saturday in South Texas in another pivotal matchup. The game will be broadcast at the official watch party at HopFusion Ale Works.

In this article:Fort Worth Vaqueros, Futbol, soccer
Up Next:

Vaqueros Fall On The Road To Midland, 1- 0